After the pandemic’s almost three-year disruption of live music, it’s not just bands dusting off their equipment.

Photographers are breaking out their wide lenses and running around busy venues, getting action-packed shots of our favorite local and national artists.

In Baton Rouge, many of these music photographers happen to be women. These leading ladies are true rockstars when it comes to their craft, calling the shots at concert venues and shooting for publications and album covers. From capturing small garage bands to taking photos at a sold-out show in Tiger Stadium, they have photographed some of the best local concerts and traveling acts in Baton Rouge. Here’s a peek at their work. 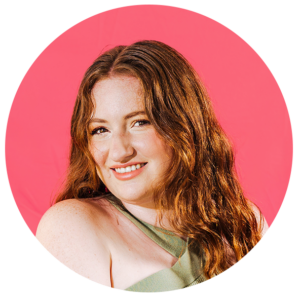 If you follow the popular Baton Rouge music venue Chelsea’s Live on Instagram, you have seen Gabrielle Feld’s work. Feld has been creating content for bands and has been working professionally in the music industry for five years. Now, she works for Chelsea’s Live as its promotions and marketing manager. You can catch her putting together awesome graphics by day and snapping photos of bands on the Chelsea’s stage by night.

You won’t always find her in the photo pit, though—she is skilled in getting beautiful shots right from the audience. Her photos make you feel like part of the crowd, whether you were at the show or not. Feld loves being a “fly on the wall” when shooting. If you’re rocking out to a show at Chelsea’s Live, she may tap you on the shoulder to see if she can get in front of you for a photo of the musical act. But don’t worry. She only needs a few moments to get an amazing shot. yagirlg.com

My technique is just trying to get every angle that I can and walking around to different spots so I’m able to cull down to the best shot. In the post process, I edit to make sure skin tones are right. I don’t want a person’s face to be completely blue or completely red, so I have set presets I’ve made for red lights and blue lights just to make my life a little easier.

How is shooting music different from other photography you do?

Well, thankfully, our lighting guys at Chelsea’s are incredible. Lighting wise, I don’t have to worry about a lot, which is different from portrait photography.

What has been your favorite band or musician to photograph so far?

Cannons is one of them. A really good up-and-coming artist that thankfully included Baton Rouge in their tour. I knew them before and was so excited for that booking. 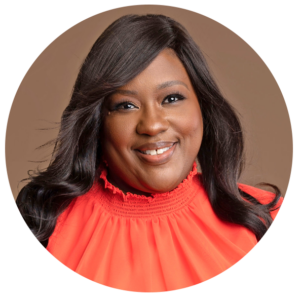 Originally from Plaquemine, Ingrid Williams has lived in Baton Rouge for more than 20 years. She discovered an affinity for photography after purchasing her own camera and taking classes to learn how to use it.

Williams is skilled in portrait photography. When taking concert photos, she loves to get a close shot of the artist’s face so she can capture emotional portraits in the moment. She has also applied these skills to shooting promotional, album-cover-style photos for local music artists like Tank and the Bangas.

Though she shoots all different subjects in a variety of settings, she says she loves shooting concerts and festivals because it combines her two passions: music and photography. Williams describes herself as a “girly girl” but says she isn’t afraid to break a sweat trying to get that perfect shot. inwilliams.myportfolio.com

I’m always looking for a moment. I consider myself a portrait photographer, so I shoot with a larger lens, where I can capture the artist’s facial expression. I’ll have two cameras, and I’ll capture the artists close up and then get the entire scene.

What artist, band or festival is on your bucket list as a photographer?

I would love to work with John Baptiste and maybe even PJ Morton. I would love to grow in the future and shoot a few things out of Louisiana. A dream of mine is to be called to work at the Grammys or Coachella. 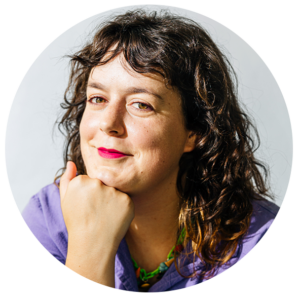 There were always stacks of vinyl records around Raegan Labat’s house growing up. When she came to Baton Rouge for college, her father, Dana Labat, followed and opened Capital City Records.

So it’s no shock she has a deep love for music, particularly old music and local bands. As a teenager, Labat would race to the front rows of concerts at Jazz Fest and Voodoo Fest to snap photos on her first camera.

Though she shoots a lot of her work on digital cameras, she loves the realness of shooting with analog and instant film cameras. Their warm lighting and fuzzy flashes give that vintage feeling that’s a staple of her style. raeganlabat.com

How is shooting music different from other photography you do?

It’s so different from standard portrait photography, which I actually would say that I struggle with more than shooting an event that’s more active and dynamic. With music, I’m sort of letting this moment unfold and capturing that. Whereas it’s completely different from if someone’s like, ‘Hey, I want portraits of myself,’ where I sort of create and have to take the lead. That’s really fun, and sometimes, I’m really good at it if I have a vision, but it’s definitely harder, in my opinion. I feel like I really feed off of other people’s energy, and music is a really good place for that.

Who or what has been your favorite band or musician to photograph so far?

I definitely like the festival environment just because I get to shoot more than just one band at a concert. It’s always going to be the bands that I really enjoy listening to and get to have this moment with. I really like smaller venues. I like the more intimate-feeling things.

What artist, band or festival is on your bucket list as a photographer?

I wish I could time-travel to a B52s gig. But, my dream is to hop on a tour as a photographer or be a studio session photographer for any of the greats. 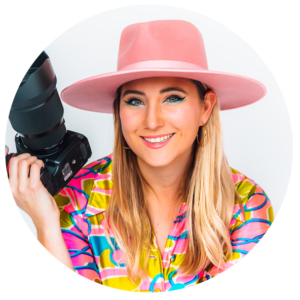 With a father who had a photography business on the side, Jordan Hefler grew up around cameras. In middle school, she plastered her walls in fashion magazine photos and was convinced she was going to be a designer until she realized she loved the photos more than the clothes.

Today, Hefler is the one taking the magazine shots—her work has been featured in publications including Billboard, Music Felon, inRegister and, of course, 225 magazine.

Hefler majored in studio art with a concentration in photography at LSU. Now, she enjoys shooting music and other subjects with vibrant hues and nostalgic vibes. She has had the chance to capture local celebrities (like Todd Graves), national icons (like Garth Brooks, shot in Tiger Stadium) and international stars (like Kiss). Though she’s photographed some big stars, she still gets excited to shoot smaller bands she followed during her days on Myspace. jordanhefler.com

What’s so fun but also so annoying about shooting concerts is that it’s so unpredictable and out of your control. It’s a double-edged sword. It makes it exciting, but the downside is that as a photographer or an artist or a creator you want to control everything. My technique now is being over-prepared, because you just never know. I try to bring a variety of lenses and two camera bodies. My technique also depends on the venue, the type of band performing and what music they’re playing.

Do you have any cool upcoming projects you’d like to talk about?

I just got a studio space that I’m sharing with another photographer. I’m so excited because my entire life has been documentary-style or lifestyle photography, which uses available light, natural light or flash. I hadn’t really gotten into lighting because everything I did was so on the go. … I spent so much time learning on the job, but I never got a chance to sit down and tinker, play with things and learn different techniques, so I’m excited to get better at my craft.