For many people, race can be a sticky subject. Not for Tina M. Harris.

Halfway into our interview, Harris has already eloquently defined racism, discussed her studies on

interracial dating and questioned how people of color are represented in the media. Like a true scholar, her claims are backed by heaps of research. With her expansive vocabulary and ability to break down hard-hitting race issues like they’re the ABCs, it’s as if she’s conducting a TED Talk right here in the 225 magazine conference room.

This isn’t her first rodeo.

After more than 20 years of working as an interracial communication scholar, the former University of Georgia professor packed her bags and moved to Baton Rouge last year. Harris is now the first Douglas L. Manship Sr.-Dori J. Maynard Chair in Race, Media & Cultural Literacy at the LSU Manship School of Mass Communication—a role that’s the first of its kind in the country.

At LSU, she teaches multiculturalism in the media and race and gender in political communication. She’s continuing her research of race, cultural literacy and interracial studies.

“I’ve always been struck by either the representation or the lack of representation of people of color in the mass media,” Harris says. “I would read these journal articles, and I wouldn’t see me represented in the research at all. And so I just felt like something needs to be done about that.”

Harris has received more than 30 awards and recognitions in her career. Most recently, she took home the National Communication Association’s 2019 Robert J. Kibler Memorial Award. The prestigious annual award is given to one communication professional in the United States who exhibits dedication to excellence, commitment to the profession, concern for others, vision, acceptance of diversity and forthrightness.

There wasn’t a particular moment the Georgia native knew she wanted to study race. It was more like
a series of events in her life that brought up questions she wanted to explore deeper. One of those was
in grad school when she watched the 1996 drama Set It Off. She was so perplexed by the portrayal of the inner-city women of color who rob banks out of desperation, she used a candy wrapper to take notes. She turned her chicken scratch into an essay, which was later published in an academic journal.

Since then, Harris has woven her interests in race and the media to educate students and professionals all over the nation. She plans to develop innovative teaching strategies in the classroom, facilitate dialogue among students about race and continue her studies in Baton Rouge to learn about the race issues local students experience.

“I can never see myself not doing this work,” Harris says. “Nothing could stop me. I just feel like it’s my calling. I think it’s important for me to be in this position so I can be an example to other people to let them know that this is possible.” lsu.edu/manship 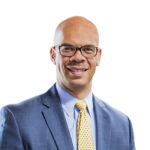 In October, Castille was elected to the District 8 seat of the Louisiana State Board of Elementary and Secondary Education (BESE), where he’ll shape policy that will impact children’s education. Castille, whose background is in law, ran on the promise to act as a defender of students of all backgrounds. Some of his goals include establishing a comprehensive education program that begins from birth and increasing teacher pay. 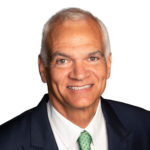 In November, Morris was named to BESE’s District 6 seat. Like Castille, he’s similarly poised to make decisions that will impact students in our region. During his campaign, the ExxonMobil operations manager opposed standardized education and Common Core and advocated for more flexibility for schools and families based on student needs.