Editor’s note: This article has been edited to correct an error about the origin of the Louisiana Street Food Festival. It was developed not by the Louisiana Marathon but by the company My House Social, which holds the festival in conjunction with the marathon.

In 2010, it was just an idea. In 2012, it was a new arrival to the Baton Rouge event scene. By 2019, the Louisiana Marathon has become a weekend-long and widely popular event for the city, state and beyond, with no signs of slowing down.

Patrick Fellows, co-founder and retail director, and Jonathan Dziuba, race director, explain that the weekend of running began as a simple idea to get Louisiana residents moving. At the time, the state was rated as one of the unhealthiest in the country. The Louisiana Marathon team gave them the challenge of not only hosting an event for those wanting to run the 26.2 miles, but also getting those who might have never trained before moving.

They worked to create five different events of varying lengths to accommodate every skill level: a full, half and quarter marathon, 5K and a kids’ marathon over the course of two days.

“We wanted to have a world-class event that everybody could participate in,” Dziuba says. “Everyone can pick a distance that they are capable of and come be a part of everything.”

The work paid off. Today, the race regularly attracts participants from every state. It averages around 8,500 runners and even more spectators.

Because it’s a qualifier for the Boston Marathon, serious runners fly in from more than 12 countries, Dziuba and Fellows say. The combination of Baton Rouge’s flat land and its weather—typically warmer than the rest of the country, even in January—provides ideal running conditions for many enthusiasts attempting to qualify for those bigger races.

Visiting athletes get a true picture of our region as they move through town, running past LSU’s campus and the lakes, downtown, the capitol building and many residential neighborhoods.

It’s an experience the whole city seems to want to be a part of, competing or not. Fellows says residents living on the path usually wake up early just to set up their own stations, offering doughnuts or drinks to passing runners or just having a good time with their neighbors.

“It’s basically a tailgate party for the runners and those watching,” Fellows explains. “Every year there’s more and more of that. It’s a great selling point for somebody from out of town. The city participation in such a small market really is a testament to who the people in Louisiana are.” 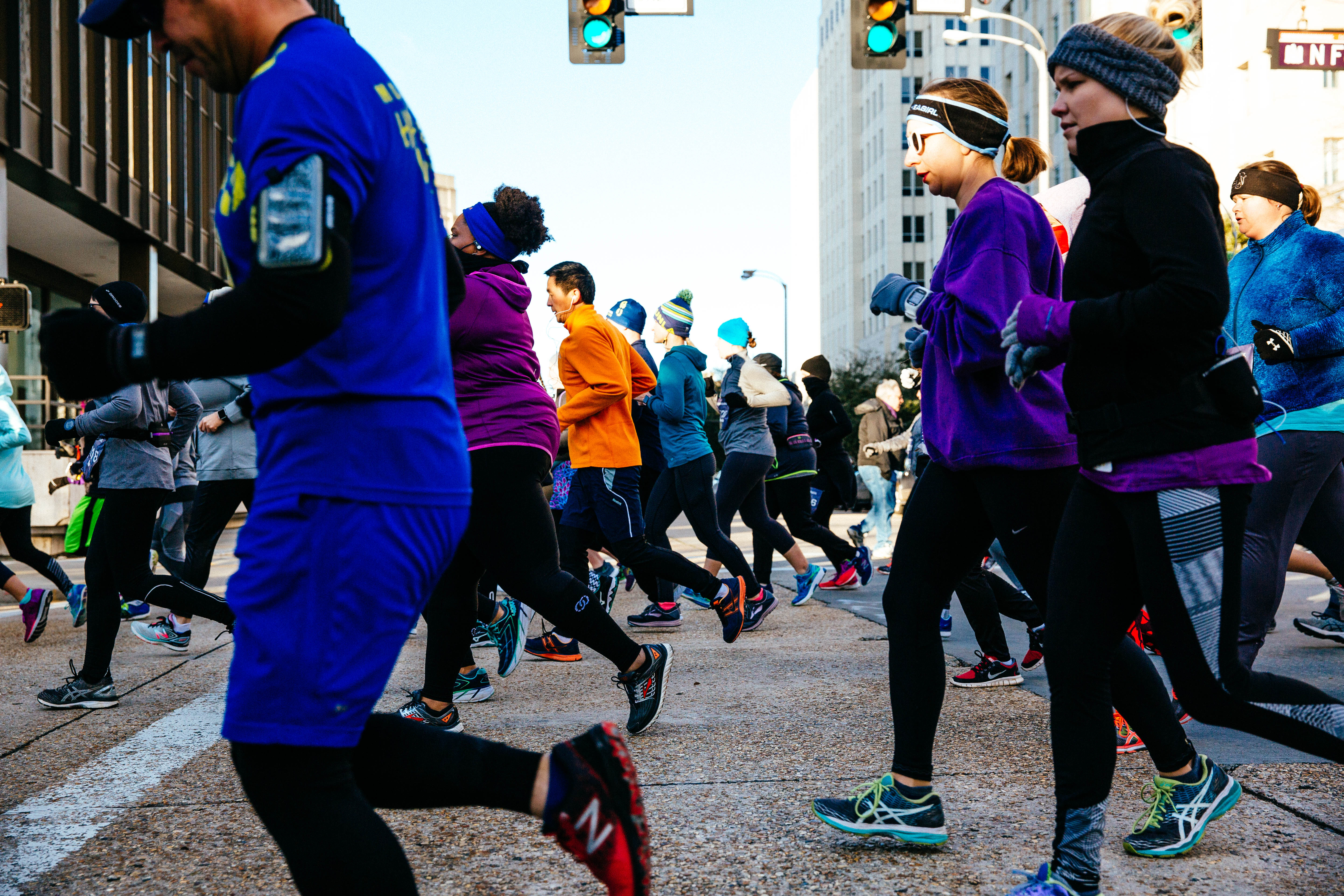 Fellows and Dziuba agree the Louisiana Marathon was never just about the running. What sets the event apart—and what both attribute to the success of the marathon—is the influence of Louisiana culture in just about every aspect of the weekend’s happenings. At races of this size around the United States, you can expect a drink or two at the finish line party and maybe a granola bar, if you’re lucky. With the Louisiana Marathon, runners get an entire day of celebration. With a second line parade, more than 20 restaurants offering food and drinks, and five live bands throughout the weekend, it’s the hospitality and Southern merriment that has brought many people back year after year.

Understanding that the lagniappe is what sets this race apart, the team remains committed to improving the experience. Last year, they added a New Orleans dance troupe, the 610 Stompers, which performed throughout the weekend.

Also last year, the Louisiana Street Food Festival launched in partnership with the marathon, bringing more than 30 regional chefs and food trucks together for one day, offering everything from doughnut burgers to pizzas (see the sidebar below).

Whether participants are running a 5K or a braving the entire marathon, they can rest assured the event will deliver a good time.

The Louisiana Marathon is Jan. 18-20. Register for a race or get more information about the routes at thelouisianamarathon.com. 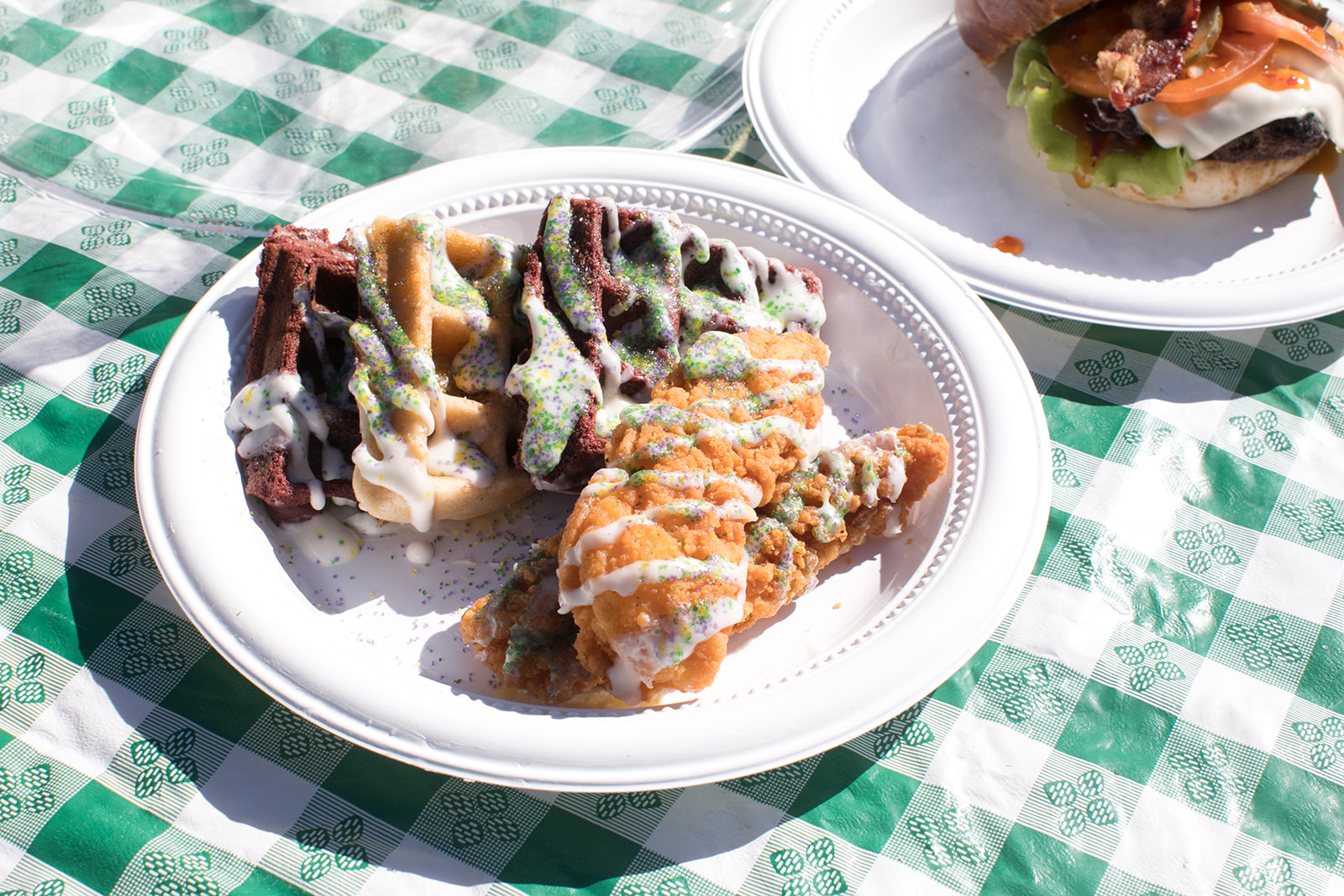 Following the success of last year’s event in conjunction with the marathon, the Louisiana Street Food Festival returns with more than 30 chefs from around the state.

Some trucks to check out: Cochon Cannery from Breaux Bridge; Crêpes a la Cart, La Cocinita and the Nola Mia! pizza truck from New Orleans; C’est Bon Manger from Lafayette; and the Cajun Spoon + Bamboo Chef, Cupcake Allie and Rouge a Roux’s from Baton Rouge.