Editor’s note: This story has been updated to reflect a clarification about the St. George incorporation and its potential effects on the parish.

State Sen. Bodi White, whose district includes Central, proposed a bill to effectively break up BREC so that both Central and Zachary would have their own independent parks systems. In a parish still facing financial uncertainty over the potential St. George incorporation, the prospect of kneecapping BREC sounded alarms for what many worried would be a blow to a successful parks system.

In the end, though, White deferred his bill—but not without some caveats and a threat to bring it up again in the future. Here’s what went down. 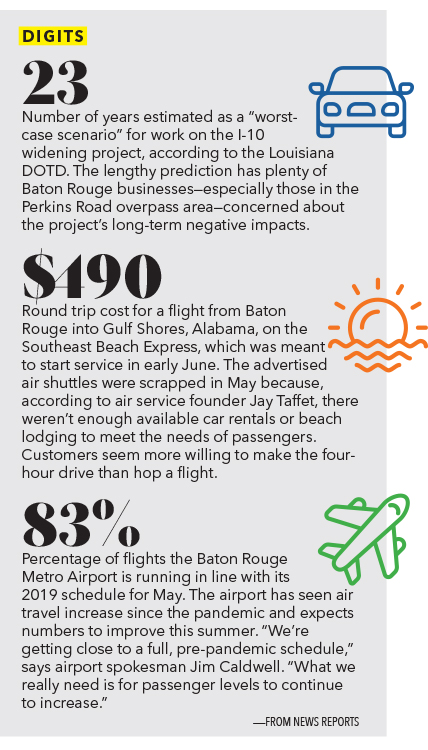 Senate Bill 205 would create new and independent park systems for Central and Zachary separate from BREC. It would’ve stripped BREC’s $95 million annual budget of roughly $5 million, but would affect about 50 of the 180 parks in the system.

White, who proposed a similar breakup a decade ago, claimed it would give smaller communities in the northern part of the parish more control over how their funds would be used. BREC, the Baton Rouge Area Chamber and Mayor Sharon Weston Broome opposed the bill, joining with Central’s mayor over concerns about how much more those residents might have to pay to establish and operate their own parks systems—considering their contribution to BREC in tax dollars is relatively small. The bill itself did not address cost.

They also argued White had ulterior motives. He’s the president of the Central Area Youth League, which uses a sports park in Central that BREC spent $8.5 million to develop.

White created a small campaign around SB205, including digital billboards attacking BREC’s spending on staff salaries and calling for reform.

It sailed through the Senate in early May, where White holds a powerful position as chair of the Senate Finance Committee. In the House, though, it faced opposition from many of White’s Republican colleagues before it could even get out of committee. On May 27, White opted to defer the bill.

Some backroom dealing led to a compromise between White and BREC Superintendent Corey Wilson. BREC agreed to create a citizens’ advisory committee with representatives from Baker, Central, Zachary, Baton Rouge and the prospective city of St. George to provide feedback on BREC’s performance in each area of the parish. White said he would revisit the issue next year if concerns in Central and Zachary weren’t addressed.

Unique, handmade jewelry is tucked away in a new Mid City store

Is it too early for your kid to start thinking about college? Sponsored by Studyville