“Comic books and I have a symbiotic relationship,” Mitchell says. “They’ve always been a part of my life.”

Growing up, the Louisiana native would flip through comics like X-Men and dream of one day reading stories about characters of color. In 2005, he decided to write the story he’d been waiting for. He began his own comic book series, Sankofa’s Eymbrace, with all-black characters. 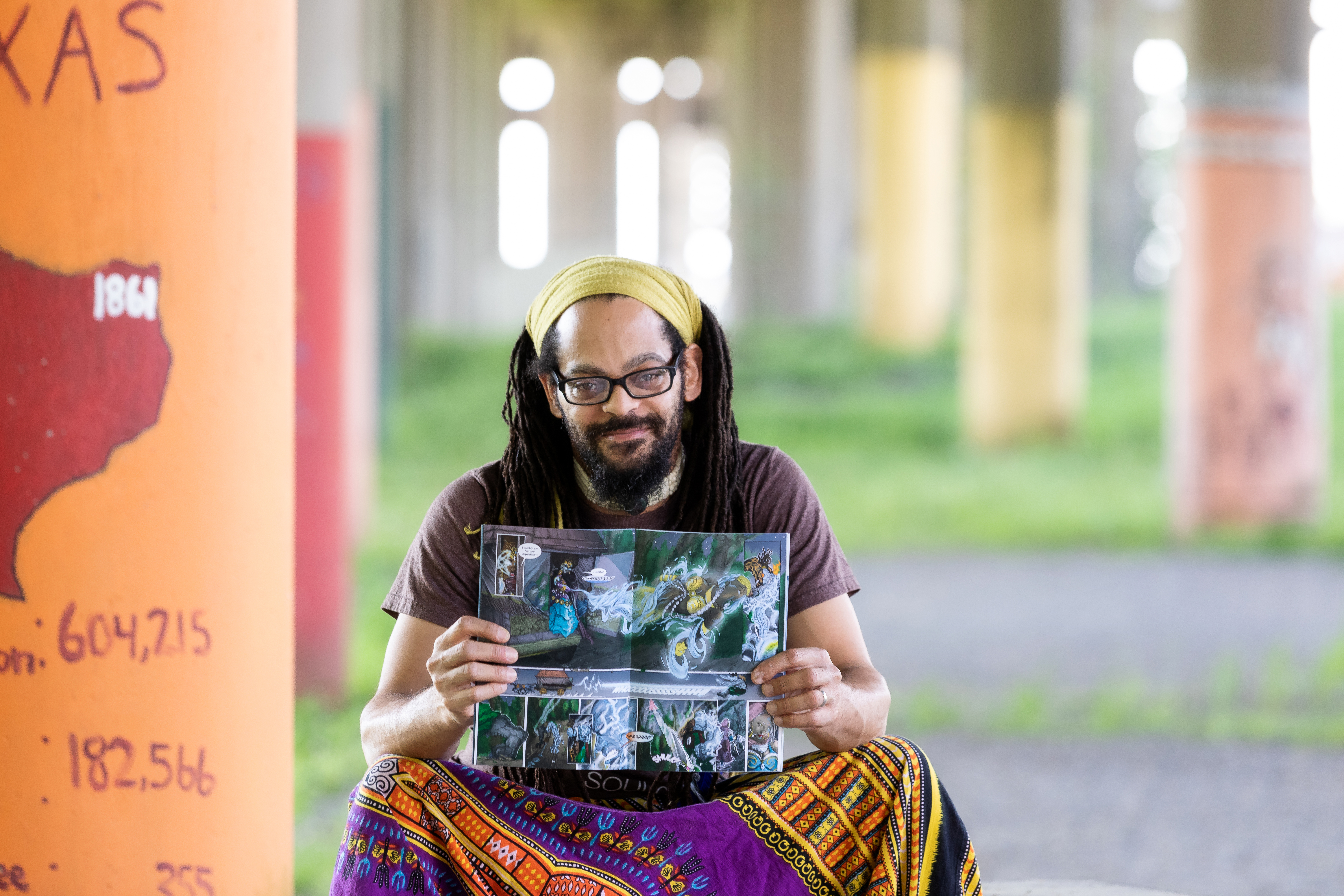 The first volume of Sankofa’s Eymbrace was released in March 2019 after years of research and concept development. Mitchell combined his love for African art, folklore, history and mythology to create a vivid world inspired by different African cultures. The Afro-fantasy love story follows two main characters as they embark on an adventure through an imaginary world known as ImBalynce.

“I used to spend so much energy trying to teach people with a lot of social commentary in my art,” Mitchell says. “Now, I’m doing it in a different way. The messages are not so in-your-face. The art pulls you in, and you can decide how to interpret it.”

Even his non-comic artwork looks like scenes from epic sci-fi thrillers. Some of his paintings include a striking portrait of Michelle Obama interpreted as Storm from X-Men and a radiant scene with a larger-than-life black woman laying beside Egyptian pyramids while holding Earth in the palm of her hand.

The 38-year-old has showcased his work at local libraries, Southern University, the Baton Rouge Arts Market and the Wizard World Comic Con in New Orleans. This year, he plans to continue expanding the Sankofa’s Eymbrace community by working on the comic’s second volume, creating interactive ways on social media to discuss the story and sharing his work at local events.

“I want people to know that black people are more than sports and music,” he says. “Through my work, I want to inspire kids that grew up just like me—uninterested in sports and looked at as weird—to embrace their imagination.” sankofaseymbrace.com

This article was originally published in the May 2020 issue of 225 Magazine.