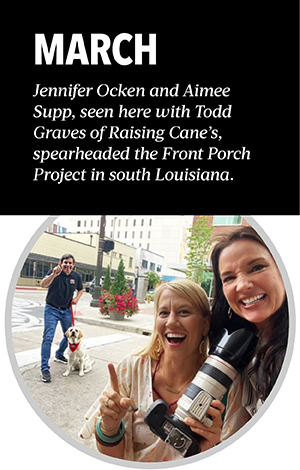 We can all agree that the pandemic has been a difficult experience. But, every once in a while, brightness shines through. Something like The Front Porch Project.

The Front Steps Project started in Massachusetts in March, during the beginning of most states’ shutdowns. Originally, photographers captured images of community residents for free, and the residents paid it forward by donating to local charities.

Aimee Supp of PartnersOne pitched the idea to local photographer Jennifer Ocken. Together, the women decided to bring the project to Baton Rouge under their own name, The Front Porch Project. Their version would gift a free downloadable and printable image as a thank you to participants.

It encouraged clients to support local businesses struggling during the stay-at-home order—whether through buying gift cards, ordering meals or leaving reviews of that business online in order to bring more clientele to it.

Between the end of March and mid-June, Ocken shot about 900 different portraits over 35 days, completing up to 60 portraits a day.

The many other photographers who signed on to the project photographed hundreds of others in the Baton Rouge, New Orleans and Northshore regions.

Some of the most memorable sessions were the simplest. At one Baton Rouge home, the Campbells’ two little boys were holding up a thank you sign for Ocken as she pulled up to their house.

“I walked up and was about to start crying,” Ocken says. “I could hear my driver for the day yelling ‘Get it together, Jenn,’ because it was on the day that we had 60 portraits.”

Another family, the Rolands in St. Francisville, wanted to be photographed with the water buffalo they care for on their private farm.

Ocken and Supp sent a survey to portrait subjects who had worked with them and the other participating photographers. It asked how much they had spent to help local businesses since having their picture taken.

“It was all organic,” Ocken says. “It was during a time when we had no idea what to do or what was going to happen, so it gave people not only something to look forward to, but it gave them a sense of purpose.” 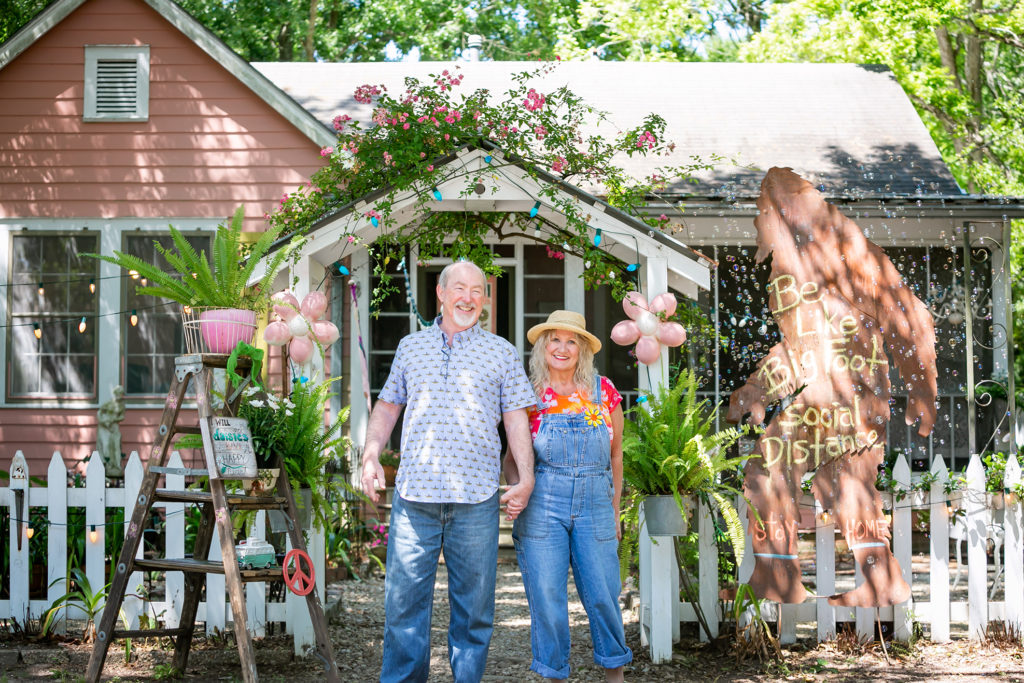 Many local businesses have reached out to tell her how business has multiplied because of a recent increase in reviews.

Supp has since started a new project, The Store Front Project Baton Rouge, photographing small business owners in front of their businesses. The photographs are once again taken for free and can be used by business owners for things like promotions and advertising.

“It is so important to stay focused on local businesses,” Ocken says. “We just can’t lose that.” Find the project at facebook.com/groups/TheFrontPorchProjectBR