Picture this: You’re in your favorite bar, sipping a cocktail out of a beautiful tiki mug.

That mug might just be one of Omar Girona’s creations.

The Baton Rouge native’s mugs are displayed in tiki bars across the country, including Trader Sam’s Enchanted Tiki Bar on the Disneyland property in California.

Girona started his business, Oakwash, in 2015. It was originally a production design company before he shifted focus to tiki mugs around early 2019.

His interest was sparked after visiting tiki bars like Beachbum Berry’s Latitude 29 in New Orleans and Lei Low Rum & Tiki Bar in Houston.

“I was overcome with inspiration to join the community,” he says. 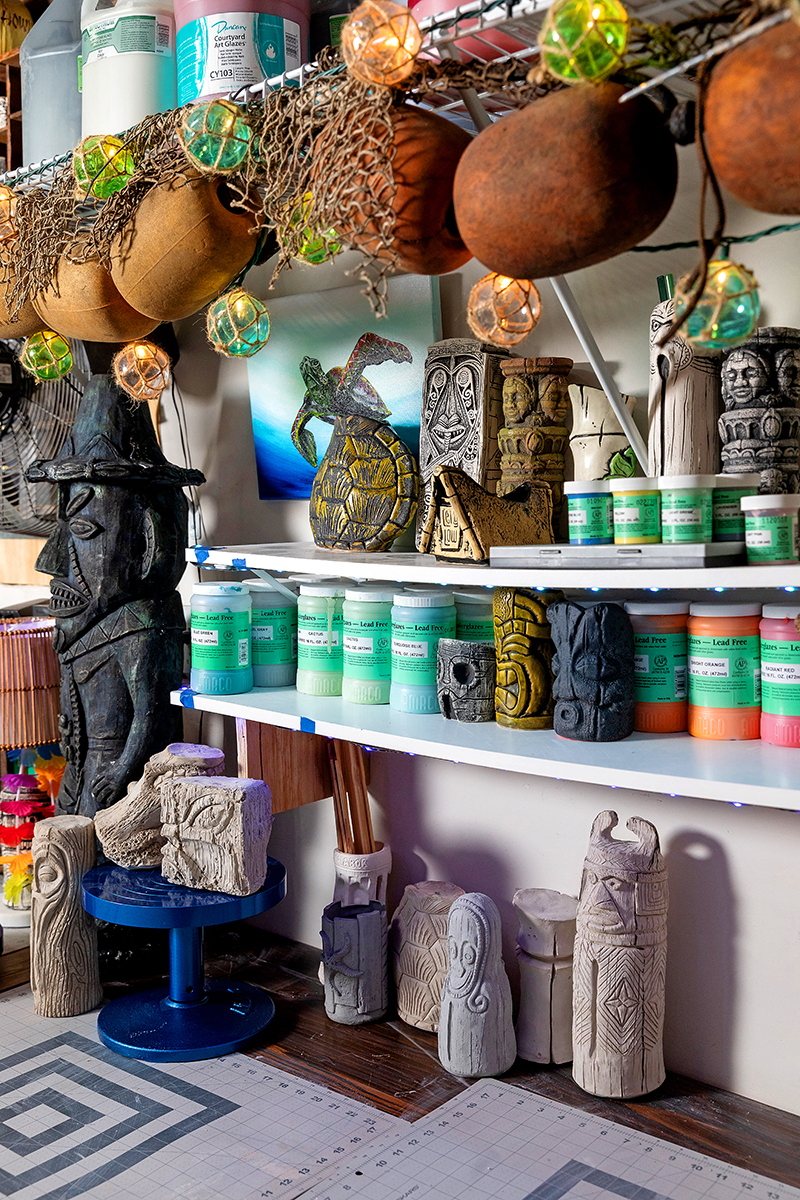 Girona started learning more about the craft of the tiki mug by watching artists online. He began playing with clay and making mugs from scratch. 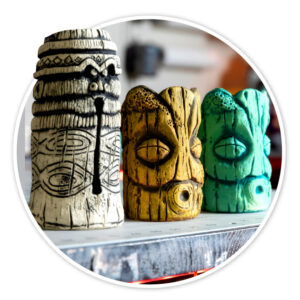 It is a tedious process, taking him anywhere from a couple hours to a couple days to create one mug. He hand-etches designs in the clay. To make identical copies of the mugs, he slip casts them in plaster molds before firing and glazing them.

The process requires multiple quality checks and hours of labor, all done by hand by Girona. The finished mugs have a hyperrealistic, carved look, with fine lines and cracks reminiscent of aged wood.

Colors range from light tan to bright blue, and designs center around different themes and characters. Tiny, specific details are added with care, which means each piece is unique in its own way.

“That shows in the final product,” he says, “and I think that’s my biggest selling point.”

In July 2019, the Disney team reached out to Girona asking if he could send his work to be displayed. He wasn’t sure what the mugs would be used for—until friends sent him pictures of his work on display at Trader Sam’s at the Disneyland Hotel in California that September.

“It’s a big honor to be on display in that bar,” Girona says. 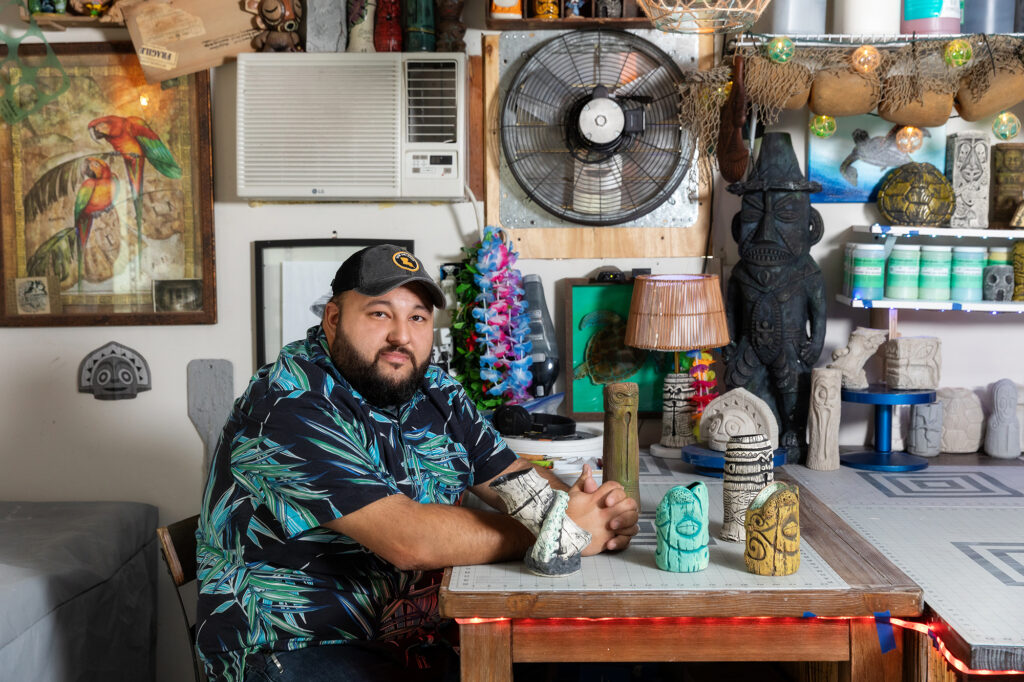 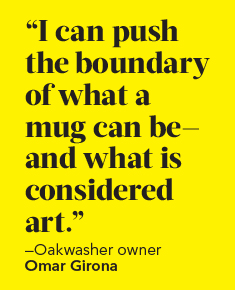 Now, he creates mugs for bars like Lei Low and Latitude 29, the very places that inspired him in the beginning. Before the pandemic, Girona had produced 50 mugs for a tiki party held at Soji: Modern Asian.

But his mugs are just as likely to appear in people’s home bars. The bulk of Oakwash’s creations are sold directly to individual customers, Girona says.

He sells them on his website to those quick enough to “add to cart” before they sell out.

“I’m not an experienced maker, like most ceramics artists who go to school and have degrees,” Girona says. “That lack of knowledge is a plus for me, because I can push the boundary of what a mug can be—and what is considered art.” oakwash.com

Biggie Bee Farm, run by a father-son team, is the latest honey brand popping up at area grocery stores

Knock Knock Children’s Museum has been closed since last March, but it hasn’t been a lost year