When the door opens to Ke Care Yoga & Wellness, it reveals an otherworldly safe haven.

White string lights and fluffy pink and blue pillows line a wall of mirrors. Rolled pink yoga mats sit atop mounted gold hooks. The dimly lit space feels homey with a feminine and mystic flair. The back wall is covered with a galaxy-themed mural featuring pink and purple planets and the profile of a woman’s face. It was painted by local tattoo artist Tat2Slim.

The Coursey Boulevard yoga studio is a reflection of the owner’s free-spirited, warm and welcoming personality. 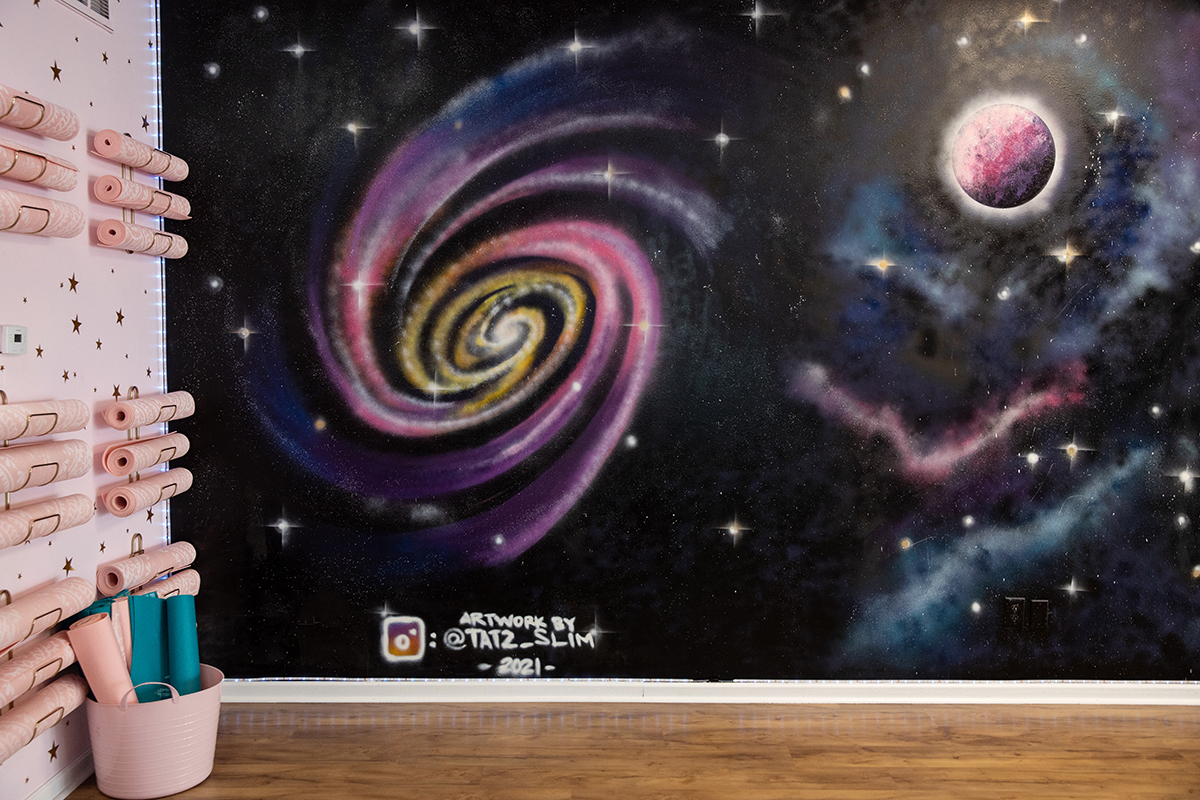 “This is our space,” Morgan says proudly while looking around at the studio.

Since opening this summer, Ke Care Yoga & Wellness has been home to Morgan’s yoga and meditation classes, along with courses taught by other guest instructors. Local instructors have hosted ticketed events and private yoga sessions, and the studio is available to rent for private events, parties and classes.

In the beginning of her yoga journey in 2015, the 36-year-old mainly practiced alone at home. She struggled with depression and anxiety, so she used yoga as a tool to find balance and relief. She wanted to attend yoga classes but often feared being one of the only attendees who was a person of color. Eventually, she ventured out and discovered other wellness gatherings for people of color, such as the Yoga Noir Project and Oils and Affirmations.

After being encouraged by her friends and loved ones, she decided to make one of her wildest dreams come true and open her own yoga studio.

“We could embrace so much more about ourselves if we had a space to do it,” Morgan says.

Opening her first yoga studio wasn’t a sudden decision. Morgan has long had an entrepreneurial drive, having been a realtor and the owner of an online wellness and beauty shop. She still sells soaps, essential oil blends, body butters and waist beads.

Morgan has a special passion for women and children. She is the mother of three and includes her children in the behind-the-scenes process of building a business. This year, she continued her youth outreach and started teaching yoga classes for children at Glen Oaks Park Elementary and GEO Prep Mid City.

As her business continues to grow, so does her skillset. Most recently, she became a certified reiki healer so she can offer yoga, meditation, sound healing and reiki at her studio.