Football was his life. It was instilled in him as the son of the Southern University coach, as a player at prep-dynamo Southern Lab, and then as a tremendous tight end for the Jaguars on a team in the late 1980s that was loaded with talent.

So naturally, you’d expect the lessons he learned from sports would have strongly influenced Keith Tillage as he built Tillage Construction into something special.

“You were in a room with a hundred other strong-willed personalities from every walk and designation of life, and you had to all work for a common goal. So every aspect of my athletic life, I built on,” Tillage says.

“We never won an SWAC championship,” Tillage says, recalling his years on the team. “We never worked together like we should have. It goes back to: I can be the most talented person and have the most talented team, but if I don’t get everybody on the same page, then we can’t be successful.”

Today, though, Tillage Construction is not only successful but continually growing. It’s surpassed the goals that Tillage, now 51, set when he left the computer science business in Dallas in 2000 to join his dad, Ken Tillage—who played football at Alcorn State and moved to Baton Rouge to be the coach at Southern—and his tiny residential construction company.

“I thought if it didn’t work out, I could always go back to the (computer) industry,” Tillage says with a laugh. 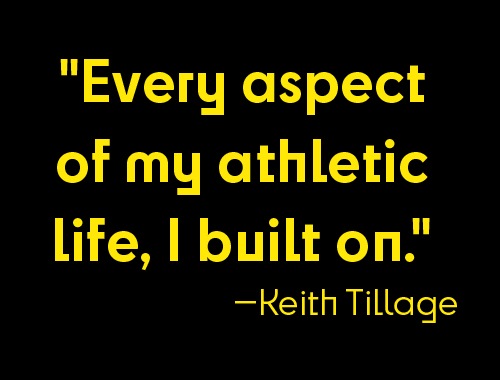 No need, because the success has been almost unimaginable. In addition to Baton Rouge, Tillage Construction has offices in Dallas and New Orleans. A key was taking advantage of the benefits offered by the Small Business Administration—and finding ways to differentiate themselves.

He remembers telling his dad, “If we go into commercial construction, then it eliminates a lot of competition in terms of small, minority-owned businesses.”

Ken agreed, and now Tillage Construction’s many projects include building Starbucks stores (the company is on its sixth) with more to come. It’s done work for CATS, Barksdale Air Force, Southern University, the East Baton Rouge Parish School System, and it was part of large-scale renovations at both major airports in Dallas.

Tillage and his wife of nearly 18 years, Ann, have two kids, Kameron, 14, and Kelsie, 15. They’re involved in the community, and Tillage is a major contributor to many causes, including his alma mater and helping other minority business owners.

“It makes the state, the country and our city just a better place. It reduces crime. Everybody wants the same thing. Everybody wants quality of life for their families, and they want to enjoy simple things. It’s all relative as to what that is, but at the end of the day, you give that opportunity, and I think our crime rate does down, education goes up, and the city just becomes a better place.” tillageconstruction.com