The sunset was breathtaking in Zachary that night, and the protest was peaceful. Yet, one could feel the overwhelming pain and passion of the crowd.

It was Friday, June 5, the day that would have been Breonna Taylor’s 27th birthday. The African-American emergency medical technician was shot by police at least eight times in her home in Louisville, Kentucky, this spring. Though Taylor lived far from the Capital Region, the loss of her life was felt hundreds of miles away.

On that summer evening, organizers and political leaders of all races and ages spanned between a few blocks. They cried out for change, their words no longer requests but demands.

It was one of many protests last month, from Baton Rouge to Denham Springs to Zachary and all over the state, country and world. In the aftermath of the death of George Floyd— the latest in a long line of black Americans who died in police custody—marchers voiced their discontent over the injustices they feel the black community faces.

Each person in the crowd that night had witnessed injustice in some form. Most had lived through a personal encounter. Others shared the pain experienced by someone they cared for. But they all demanded to see change. 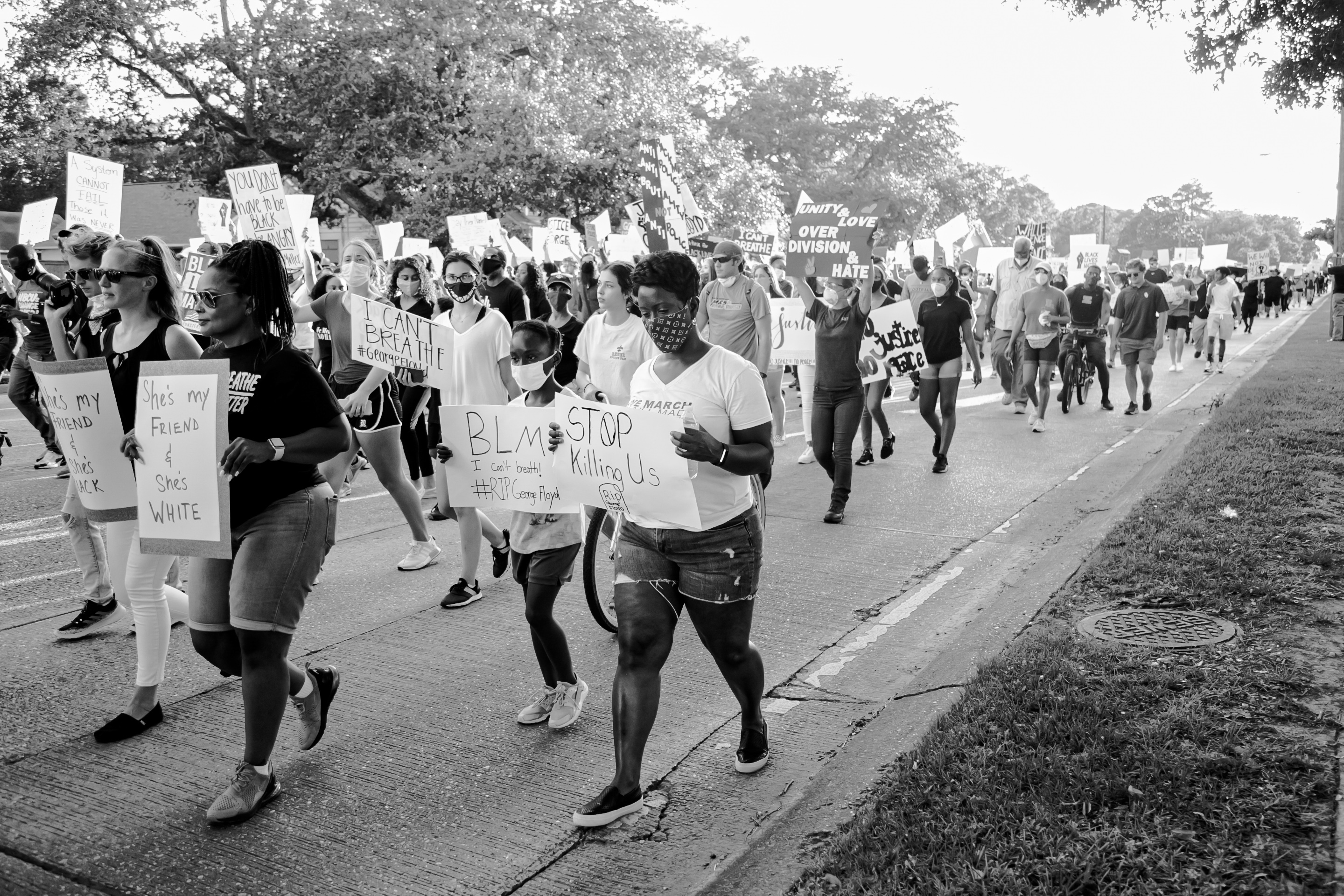 I just want equity, unity and to make sure that everybody gets a taste of the American dream. Stop discriminating, and just let us be happy. Love me like you love them kids in Death Valley on Saturday night. Admit we got a problem. Assess it, and address it. We just have to have the uncomfortable conversation—that way we can move on. The people have a problem with telling us how we should feel. Just feel our pain, man. 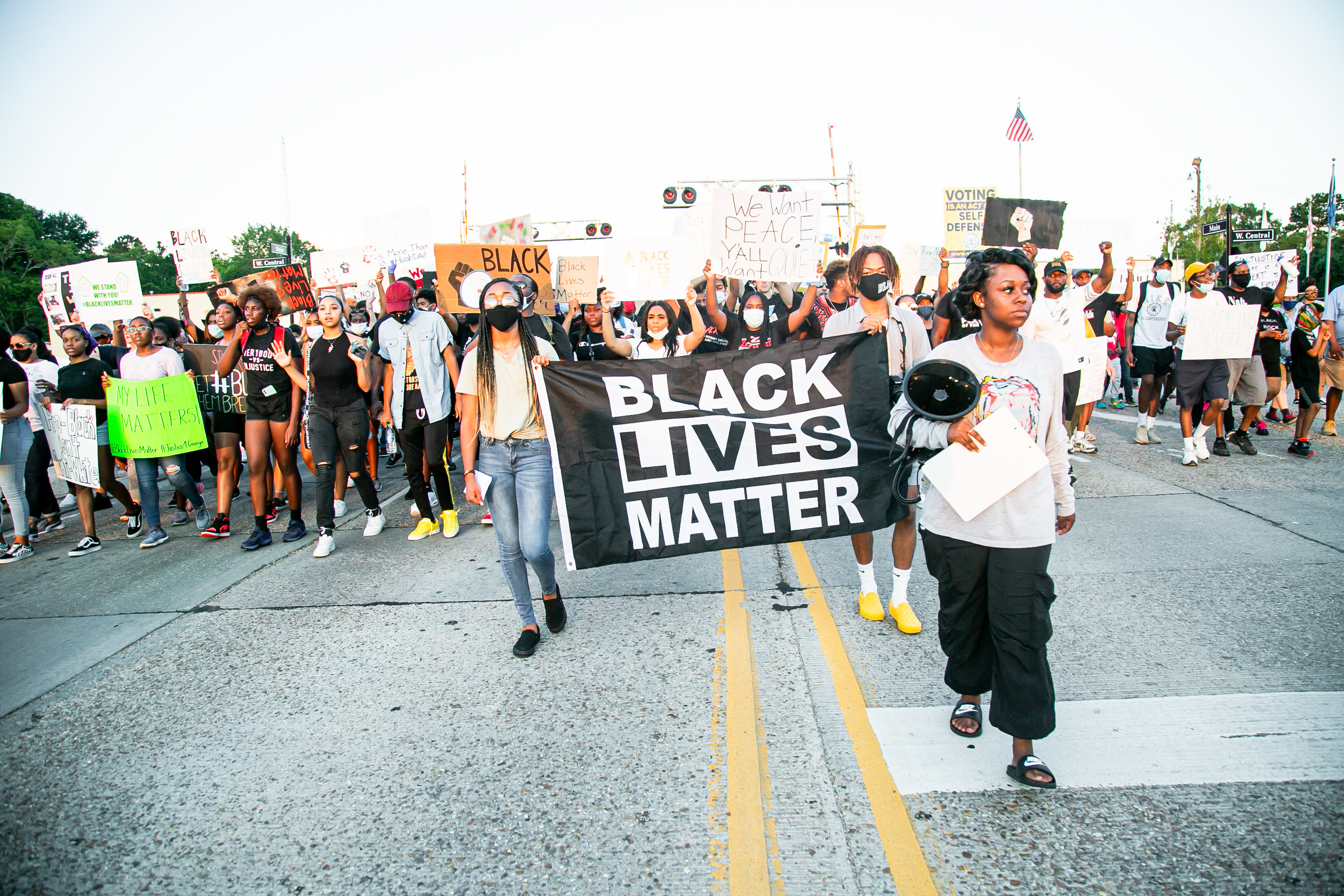 “I was told I was ‘smart’ or I was ‘well spoken’ for a little black girl, and these types of little microaggressions kind of formulated my voice. They gave me a more authentic tone. I began forming ideas about how I wanted to do advocacy. … My goal is to see more representation of my community. I want to see people paid what they are valued, and that’s women, that’s black people, that’s Hispanic people. That is my dream and aspiration. That your life is validated. That you no longer need a license to live. That your life is valuable the moment that you step into this world.”

—Myra Richardson, a 21-year-old activist and organizer who has been nationally recognized for her advocacy efforts. She grew up in Dixie, a neighborhood in north Baton Rouge. She helped lead youth protesters on June 5.

We were walking behind some people one day and they said ‘n-------,’ and they thought it was OK. And it’s stuff like that that we go through every day. Being called a racial slur is not something that anyone has to or wants to go through. I know that it’s impossible to change everyone’s hearts, but my vision is for us to come together as one and be one with each other. To love each other, no matter what color we are. 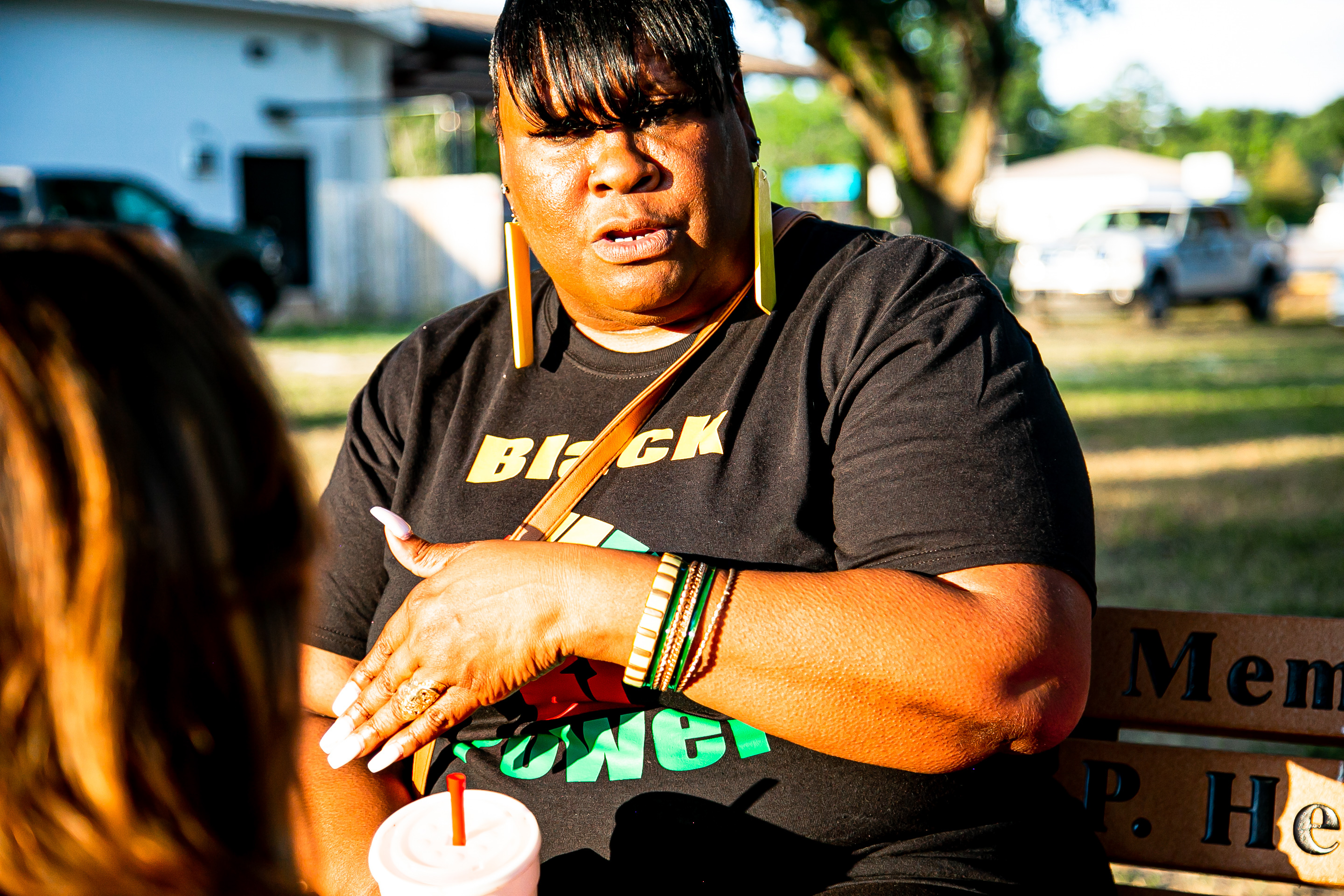 “Every time [my son] came to my house, they pulled him over. They harassed him because of the type of vehicle he drove. Every black man is not a dope dealer. They profiled him in that category—like he was selling drugs, but he worked every day of his life. He was working 6 a.m. to 8 p.m.”

—Demetra Teasett, a Zachary mother who says her son has been racially profiled

I think what I saw on that (George Floyd) tape was appalling, and I think this (protest) is a beautiful thing. I mean, everyone has a right to protest. ... I wish every individual would just deal with an individual—regardless of what color your skin is, what race you are, black, white, female, male—you just deal with that individual as a person. That’s what I’d like to see.

Protests continued in and around Baton Rouge as the July issue of 225 was going to press in mid-June. In response to the nationwide outcry and local protests, state and local leaders have been announcing initiatives to address racial injustice.

• Mayor Sharon Weston Broome signed an executive order June 12 that established the Commission on Racial Equity and Inclusion. The 24 members of the commission will focus on four areas: economic development; health and human services; arts, culture and community engagement; and city-parish government. Members will organize dialogues with business leaders and community members and review city-parish policies to make sure they follow equitable practices.

• Baton Rouge Chief of Police Murphy Paul has spoken out multiple times since the beginning of the protests, saying he supports changes in his department that will lead to a better relationship with the community.

• The Baton Rouge Area Chamber released a plan to help keep black-owned businesses afloat during this time of economic hardship. It will also help fund Dialogues on Race sessions for a number of businesses.

• State Rep. Ted James, D-Baton Rouge, brought forth legislation in June to conduct a study on police reform and police violence in Louisiana.

• Organizations such as BR For the People and Black Out LSU have also been coordinating events around the community. Find both organizations on Instagram.

See more photos in our gallery below:

This article was originally published in the July 2020 issue of 225 Magazine.

These Baton Rouge companies are among the fastest growing in the U.S.