On a blistering afternoon in early August, the five emcees of Baton Rouge creative collective Col-Der-Sac are gathered at the home of one of their founding members, Josh Simmons. They’re recording in the storage-room-turned-studio that for years has served as the group’s de facto base of operations.

It’s a cramped space adjoining the carport behind Simmons’ home, with mementos of the collective’s history—graffiti tags, slogans, signatures from visiting artists—inscribed in Sharpie all over the particle-board walls. Guarding the room from the late summer heat is a single window unit that must be shut off whenever anyone steps up to the mic to record. It never stays on long.

The five members of Col-Der-Sac—Keon Josh Simmons, aka JoshSimmons; Austin Johnson, aka Wakai; Robert Hishaw III, aka V!lla or Vabyface; Aaron Lee Day, aka Ronday; and Doubrell J. Lange III, aka Nochvll or Jo, all in their early 20s—have grown close between those particle-board walls. “It’s a collective, but it’s really deeper than that,” Simmons says. “This is really like a family.” 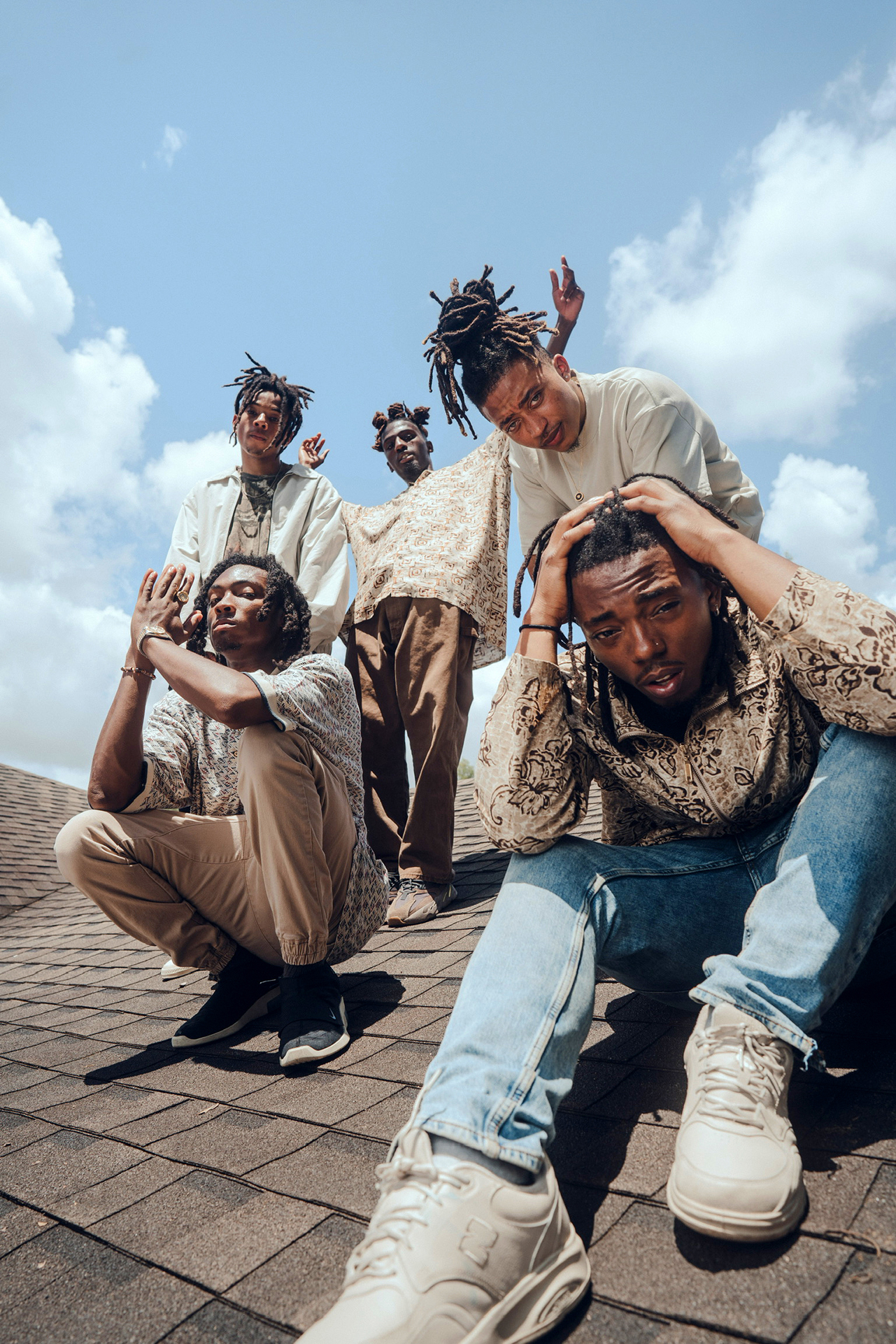 Since its inception in the mid 2010s, the collective’s emcees have been constantly collaborating on solo and group projects alike. Be it a feature from Ronday on a track, a beat contributed by Wakai, or creative advice from JoshSimmons, any music released by one Col-Der-Sac emcee will have been touched in some way by the others.

As each of their careers has picked up speed, however, their meetings in Simmons’ studio have grown less frequent. That’s not to say they’ve grown apart. In fact, they’re currently working on a group project: the collective’s first full-length album to follow up Dead End, the seven-song EP released in May 2021.

But with each member pursuing increasingly ambitious solo endeavors, frequently traveling to places like nearby New Orleans and as far as Los Angeles and Atlanta, they’ve begun to outgrow the humble recording space where they made some of their first work as a collective.

Right now, all of the members are working on solo projects to be released over the next year that each suggests will mark the beginning of a new, more refined chapter in his artistic career.

And they aren’t limiting the collective’s oeuvre to just music.

While not part of the founding crew, Orlando Burks Jr., known as Osha, specializes in visual arts such as photography, videography and graphic design. He says Col-Der-Sac has accepted him like a brother.

“Once that happened, they just made me tap in more to my creative side. Everything I put out, I send to them to make sure it’s up to par,” he says. “They don’t just say something’s raw when it’s not raw, something’s great when it’s not great; they’re gonna let you know what to fix and how to fix it.”

Burks isn’t the only one tapping into the visual side. Johnson has long had a knack for photography and videography, shooting photos and videos for musicians outside the collective, such as Baker rapper Quadry’s “4 My… & We Were” music video.

Needless to say, the collective has come a long way from time spent freestyling around lunch tables and under staircases at Woodlawn High School.

As with any circle of close-knit friends, there have been plenty of ups and downs, and it’s this history that’s helped them carve a new lane.