A couple months ago, a sign reading “Sam’s Badass Cat Café” emerged in front of a vacant building in Mid City. On its Facebook page, the cafe describes itself as an up-and-coming spot to hang out with cats and eat scones.

Cat cafes, where patrons can relax and enjoy the company of a dozen or so foster cats, have taken the world by storm in recent years. Hundreds of cafes have opened internationally, including nearby in New Orleans.

Baton Rouge’s own enigmatic cat café quickly attracted more than 340 follows and several recommendations and reviews on its Facebook page. Sam’s seemed not only well on its way to becoming Baton Rouge’s first cat café, but one of its most buzzworthy new businesses.

There is only one problem: It’s not real.

We dug our paws deep into the mystery and found the man and woman behind the cat-hair-covered curtain: Chuck Sanchez and Lynley Farris of Stun Design & Interactive.

It all started when the Stun team decided to check out its future office, a building Sanchez had purchased in Mid City. A sign out front of the building read “Ambassadors of Light Meditation Classes.” What a wonderful prank it’d be, they thought, to switch the letters around to “Sam’s Badass Cat Café.” Nobody would take such a name seriously, they were certain. Plus, the Stun team could pass it on their daily commutes and reminisce on the lighthearted afternoon. 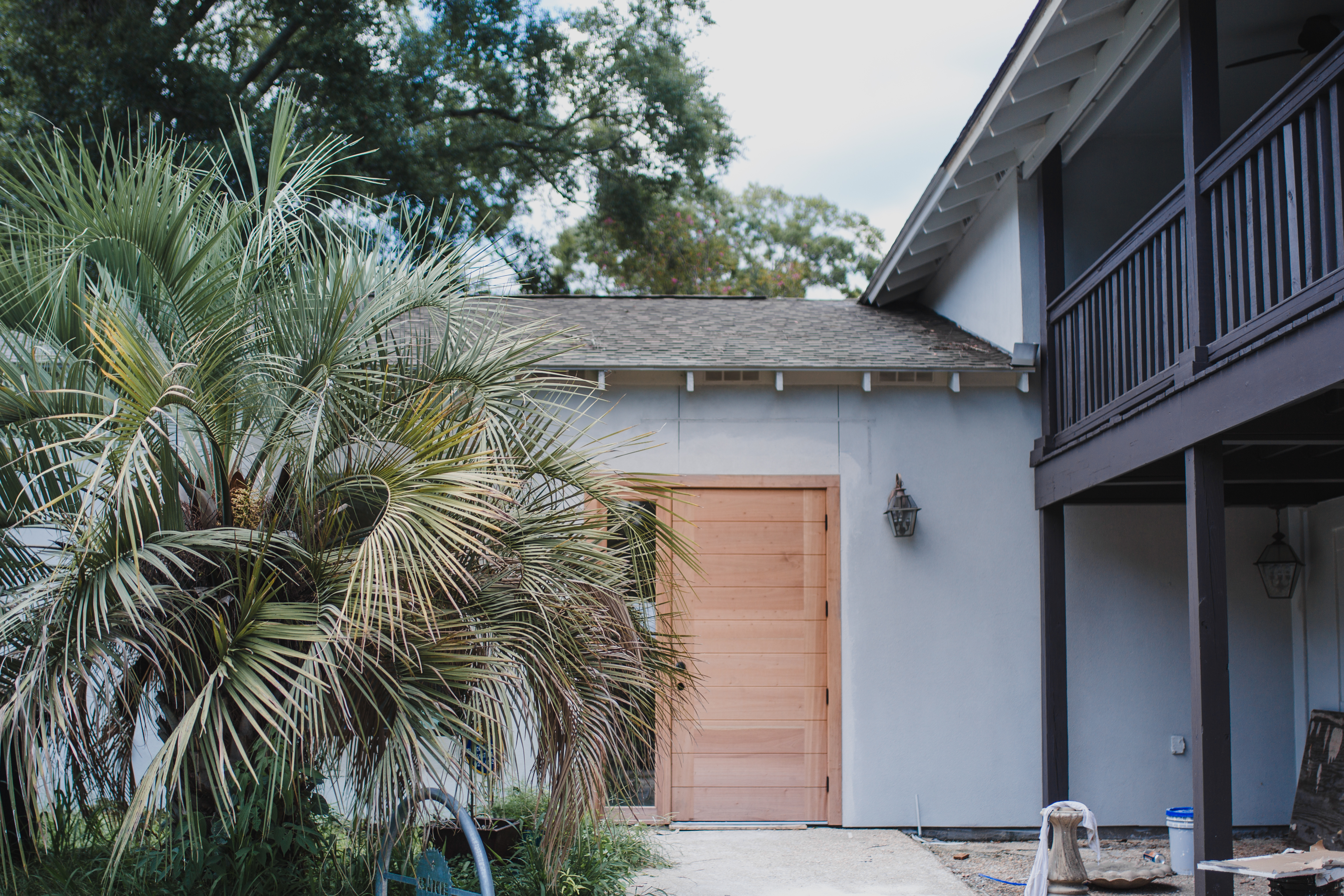 The sign, though, quickly generated public interest—and mass confusion. Stun decided to keep up the ruse with a Facebook page run by its fictional owner, Sam McWhiskers. The page is complete with cat pun-filled posts and truly odd pictures of cats and scones.

Flash-forward a couple of weeks, and people were (quite literally) banging on the door to find out what was going on. That’s when things began to get serious.

“We began to get a little nervous,” Sanchez says now. “People started messaging us asking when we opened, taking pictures out front of the sign with their entire families, asking about our menu, asking if we are hiring, things like that. We started to feel guilty. We were in too deep. I knew once we told everyone—or let the cat out of the bag—people were going to hate us.”

But the team thought up a better idea. Sanchez and Farris contacted Baton Rouge animal rescue center Cat Haven, told them the truth and asked if they wanted to create their own cat café with the help of Stun Design.

As it turned out, Cat Haven was relieved by the call. They had wanted to open a cat café in Baton Rouge for some time. That very day, they were trying to find the owner of Sam’s to see if they could team up.

Angela Schifani, development director and marketing manager of Cat Haven, explains that after seeing the therapeutic benefits as a result of their volunteers and visitors hanging with the center’s foster cats, she knew a cat cafe would be a great next step.

“We see so many people visit the Cat Haven Adoption Center just to play and socialize with our cats,” she says. “We’ve even received letters from people dealing with depression and other difficult issues, expressing that Cat Haven is not only a haven for the animals in our care, but also for them.”

The Stun team asked if Cat Haven could help them put together a cat café pop-up at the Stun grand opening in the fall.

Additionally, Stun pledged to help Cat Haven with its marketing and outreach as it prepares to create a very real cat café in Baton Rouge.

Cat Haven is still in the preliminary phases of the project. Currently, its biggest obstacle is funding. Interested locals can go to cathaven.org/catcafe to donate, and take an interest survey on what you would like to see in a cat café in Baton Rouge.

But in the meantime, we can hang on to our cat café dreams for a bit longer.

This article was originally published in the September 2018 issue of 225 Magazine.