There’s a reason why Joey David buffs circles on the beaming 1966 Cadillac Superior Coach at the Capitol Park Museum every time he touches it.

In 1968, this cream-colored ambulance-turned-hearse carried the body of civil rights leader Martin Luther King Jr. from the hospital after his assassination to the funeral home and then to the Memphis airport for his burial in Atlanta.

This year, the museum’s 25-year-old art curator was given his biggest project yet: to develop an exhibition around Martin Luther King Jr.’s hearse and Louisiana’s involvement with the civil rights movement.

For 40 years, the hearse was kept in storage by the owners at R.S. Lewis and Sons Funeral Home in Memphis. It bounced around from buyer to buyer until Raising Cane’s owner Todd Graves acquired it in 2018. Graves’ mission was to share that piece of history with as many people as possible, David says.

Now, the hearse will be showcased in the “Carrying on a Dream” exhibition at the Capitol Park Museum all year. The exhibit opened Jan. 15 (King’s birthday), with Graves, Mayor Sharon Weston Broome, local civil rights leader Rev. T.J. Jemison’s son and grandson, and members of The Walls Project in attendance. 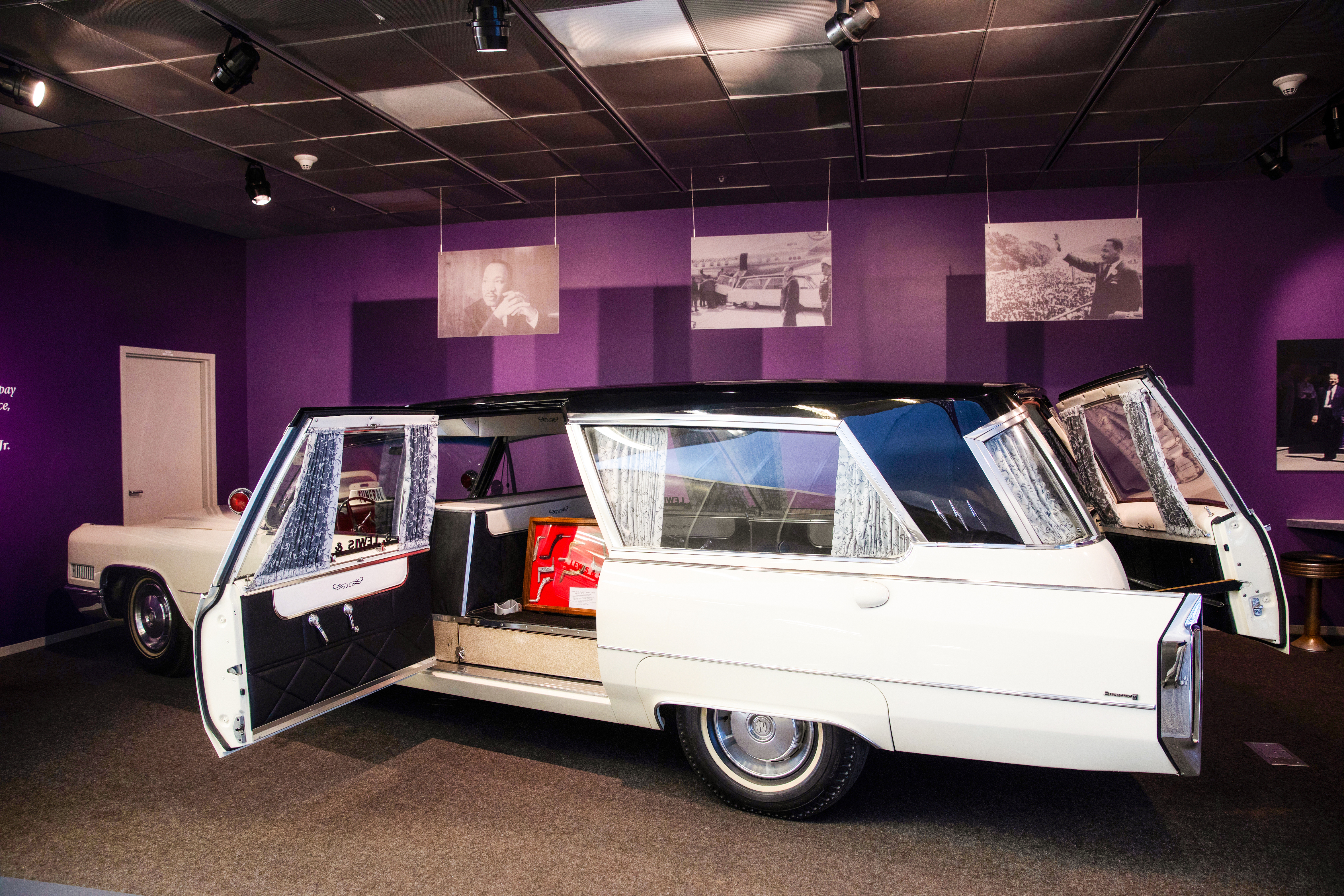 “It was funny because for an exhibit, we had so many people come in, but they couldn’t speak,” David says. “It was kind of like the way I felt when I first saw it. They just stood there and took it all in. It was a very respectful moment … to put into perspective what this car actually did.”

In addition to the hearse, the exhibit displays a timeline of local and national events from the civil rights movement. There is also a lunch counter installation recognizing the sit-ins by Southern University activists, and Jemison’s scrapbook with newspaper clippings and maps of Baton Rouge bus routes from the 1950s. Jemison organized the Baton Rouge bus boycott, the first large-scale bus boycott that protested racial segregation in the South. Two years later, his efforts inspired King to organize the historic Montgomery bus boycott.

After the exhibit closes, David says the hearse will be included in displays elsewhere. Until then, viewers can experience “Carrying on a Dream” during museum hours, Tuesday to Saturday, 9 a.m. to
4:30 p.m.

“In one way, this hearse symbolizes the end of his life,” David says, “But at the same time it also shows how it’s our turn to take up his legacy and dream and to keep moving forward.” louisianastatemuseum.org

This article was originally published in the March 2019 issue of 225 Magazine.