Corey Porche’s nightmare is the sound of Cajun music with no one dancing. “It seems very unnatural to me. This is music to be danced to,” he says.

The Lafayette native moved to Baton Rouge with his wife, Danielle Honeycutt-Porche, a few years ago. She wanted to be closer to her family here, but he longed for his cultural roots “across the Basin.”

And rightly so—Porche is a board member for the Lafayette organization Louisiana Folk Roots; he plays the accordion and sings in his own Cajun band, Corey Porche and the Podnah Allstars Band; and he’s taught Cajun dancing since 1999.

To Porche, 43, Cajun music creates a vibe from the first opening notes. The crowd hits the dance floor without much coaxing, and pretty soon, couples are moving in unison like a school of fish circling the room.

Once Porche moved to Baton Rouge, it was hard to find that same vibe. He wanted to change that, but he also wanted to dispel any notions that Cajun dancing is just an outdated hobby for your grandparents. 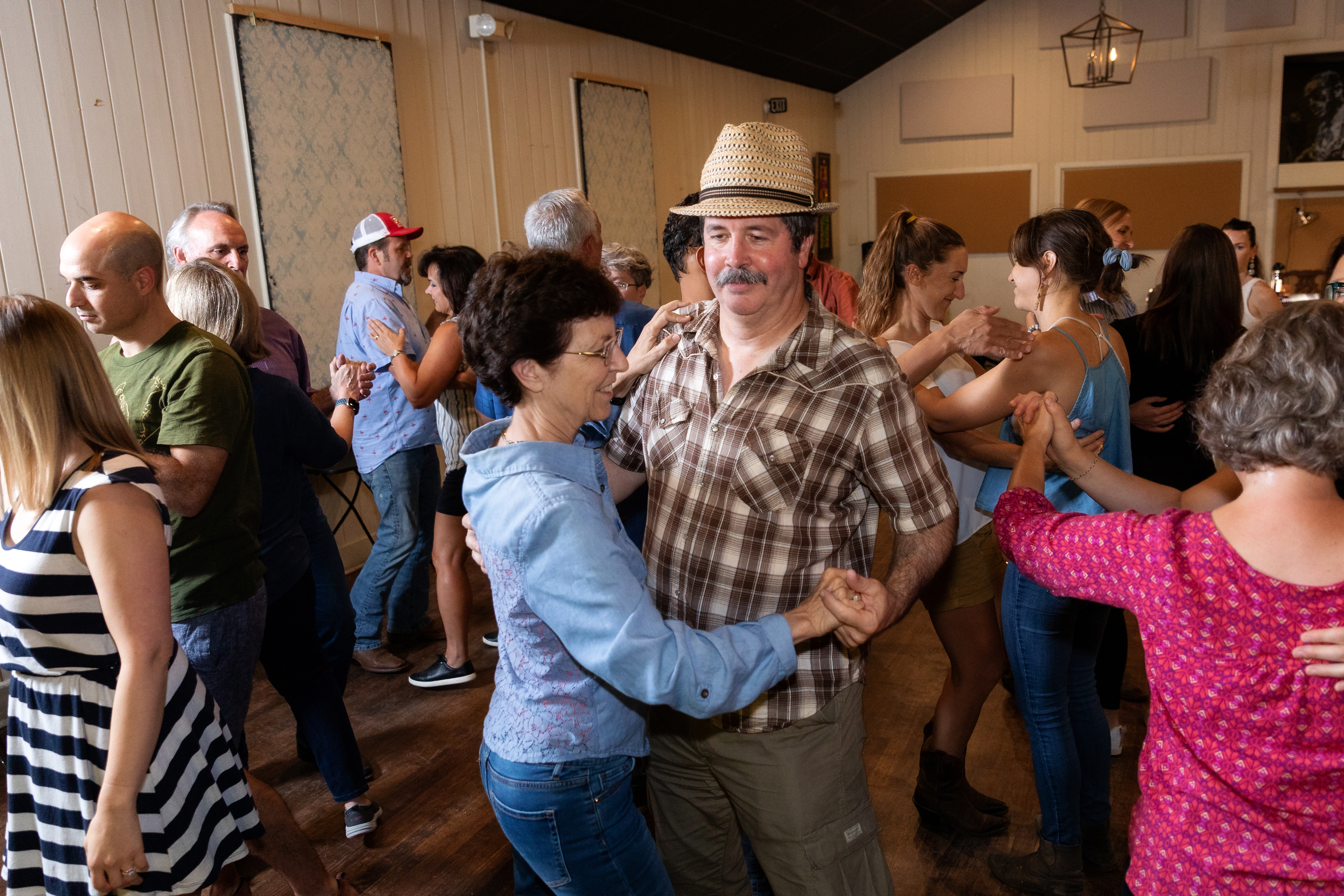 Corey Porche and Danielle Honeycutt-Porche teach Cajun dancing lessons at Mid City Ballroom. Porche is a couples’ counselor in his day job, and says he tries to bring an interactive and fun approach while teaching dancers how to lead and communicate better with their dance partner.

In conjunction with Louisiana Folk Roots, Porche started hosting Cajun dancing classes at Mid City Ballroom in November 2017, teaching the jitterbug, two-step and the waltz in a four-week course.

“It’s not this piece of history you have to dig up. It’s alive and something you can find anywhere over there on a Friday night,” he says. “It’s actually more hip to be dancing, and you find young folks really being a part of it and keeping it going.”

Louisiana Folk Roots hosts Cajun dancing classes at Mid City Ballroom four or five times a year. Each class is divided into four weekly sessions. Find out more at lafolkroots.org or at the organization’s Facebook page. Find out more about Mid City
Ballroom at midcityballroom.com.