The founder and co-owner of Walk-On’s has led the company into waves of expansion. Walk-On’s first opened in 2003 near Tiger Stadium, and the brand has grown tremendously since then. It was recently named Technomic’s 2018 No.1 fastest growing full-service chain in its Top 500 Chain Restaurant Report, and it’s the highest-ranked Baton Rouge company on the Inc. 5000 List. Walk-On’s has a title sponsorship with the Independence Bowl. And, oh yeah—Saints star quarterback Drew Brees is now an active co-owner and partner. The sports restaurant and bar is ever expanding within Louisiana and beyond, with more than 100 locations planned across 15 states.

Sometimes success can spring from the most unexpected of places. For Landry, it came from a  school assignment. He and co-founder Jack Warner—who has since moved on—pitched their idea to their class. The name Walk-On’s came from their status as walk-ons on the LSU basketball team. 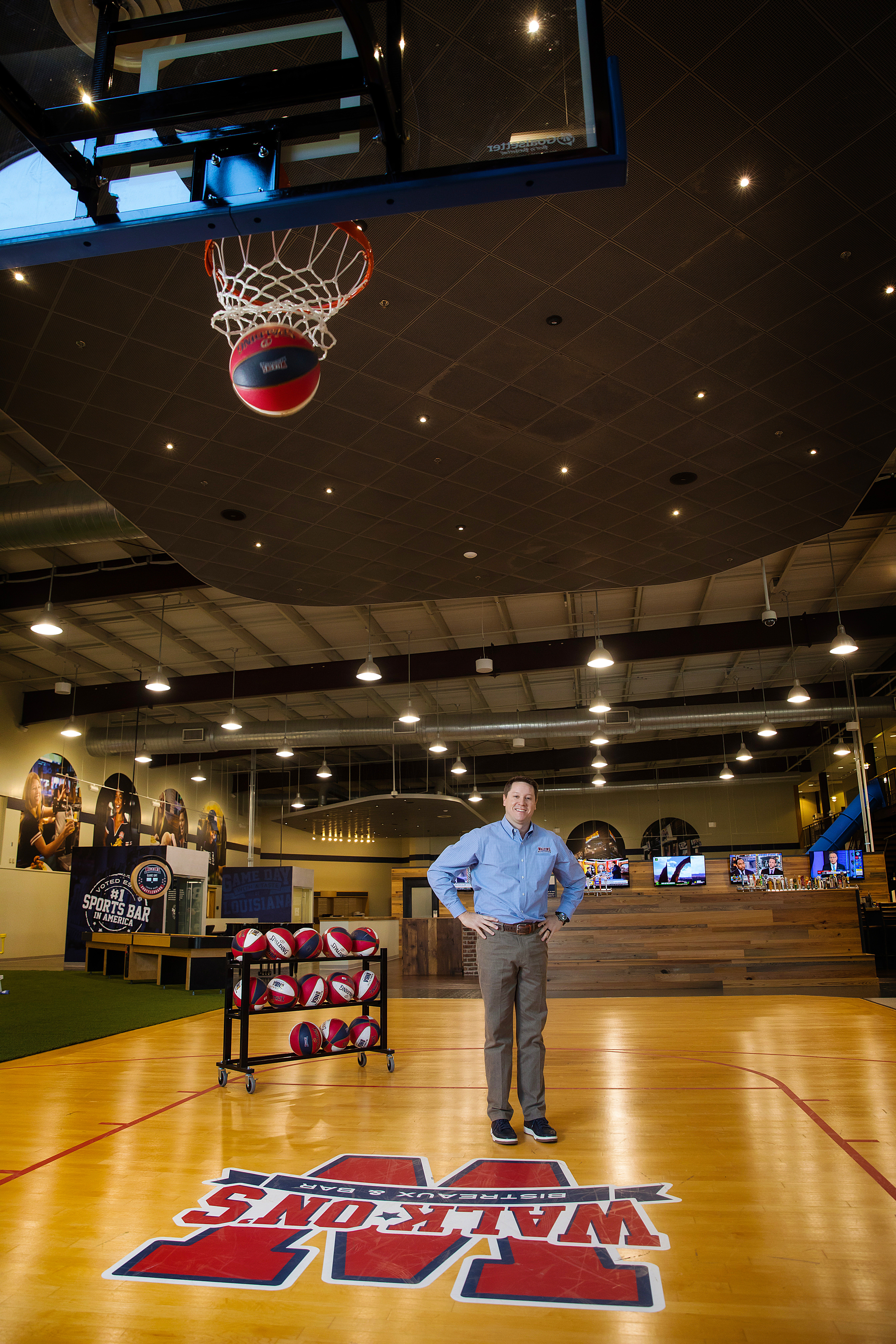 “We did it as a school project at LSU, and we got a C. That was probably not the way you want to get started,” Landry says, laughing. “I’ll say this: Having the basketball background, especially being a walk-on, we had those traits and characteristics kind of instilled in us: that walk-on mentality from the beginning to say, ‘Let’s never give up. Let’s just keep trying no matter what hand you’re dealt.’”

Landry says he believed in the business plan, despite struggles to finance it. They got turned down by six banks. But once again, that walk-on mentality kicked in. The next bank, lucky number seven, said yes.

“It was a lot of persistence and hard work in the beginning to get her off the ground,” Landry recalls.

And today, Landry and Walk-On’s are both flying sky high. walk-ons.com

Your first job was: Working with my dad on the sugar farm

If you weren’t doing your current job you’d be: A coach

Click here to read about the rest of our People to Watch in 2019.