David Mahler has a story that is almost not to be believed.

Mahler, 41, has two businesses. One is H&O Grounds, a lawn maintenance company that’s one of the biggest in the Southeast. It’s so big that it enabled him to start his other one, Game Coin, with his friend Frankie Badeaux.

Game Coin, a cryptocurrency company launched this past June, has changed his life and many others.

Since then, Mahler says, “more than probably $50 million” has flowed through the venture, which has put him in a position he’s never imagined.

“Anybody who’s anybody, they have reached out since Game Coin was launched,” Mahler says.

His family moved to Baton Rouge from New Orleans when he was in the eighth grade. Mahler started high school at Christian Life and finished at Broadmoor, where he played football and baseball. College? No desire. “I didn’t do college, which ties into my story, for sure,” he says. 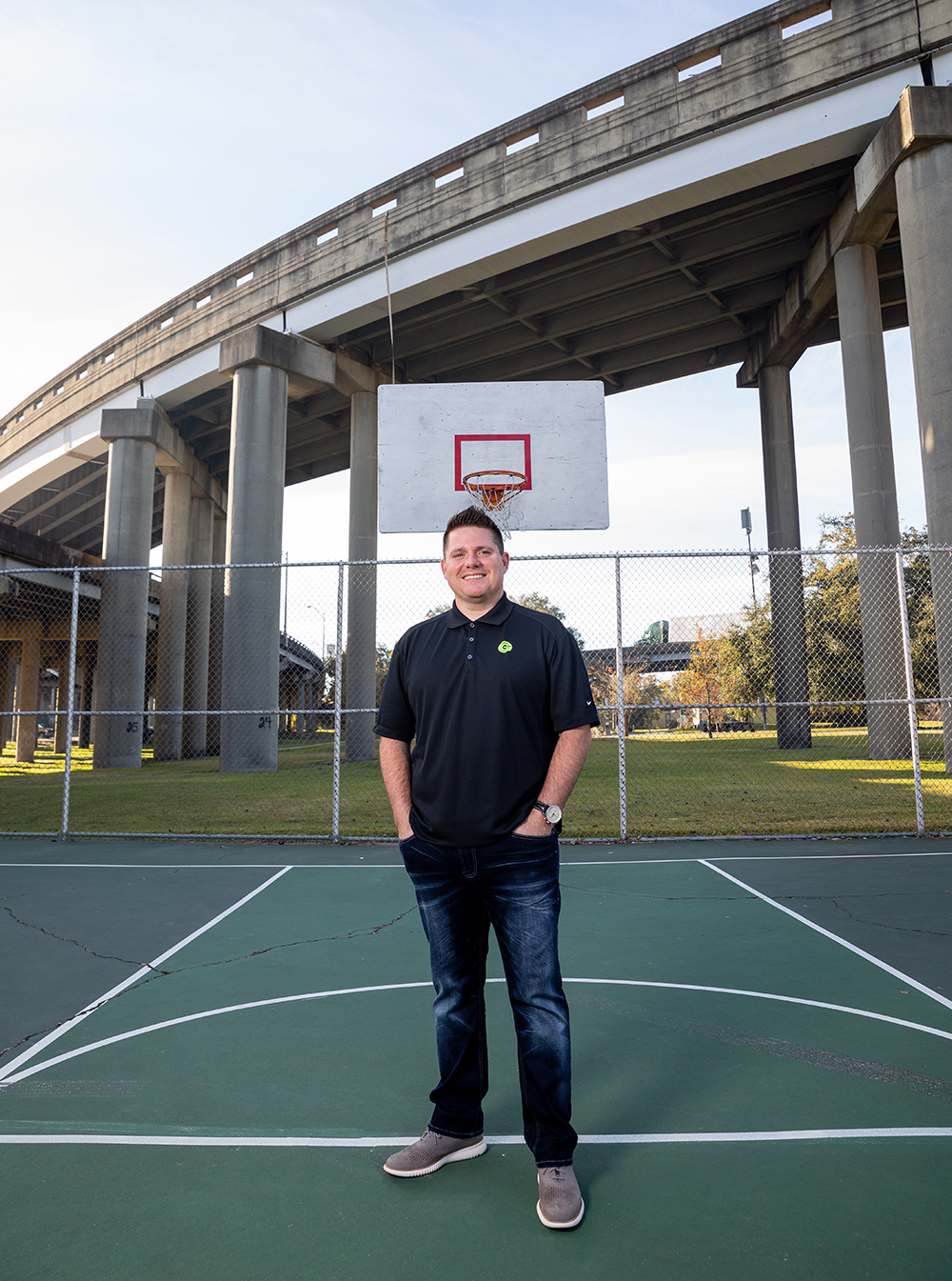 Mahler sold vacuum cleaners door to door and was “making a ton of money.” At 20, he took a job at DSM Copolymer, but at the same time, he and his wife owned a couple of 18-wheelers. When Katrina hit, those trucks got busy hauling FEMA trailers. The opportunity to install them was so lucrative, he quit his real job. And that led to some incredibly large contracts to mow lawns in New Orleans.

Along the way, in December 2005, he bought H&O from his uncle with help from his grandparents and parents.

Badeaux, already into crypto, had the idea to start Game Coin. They founded it together with the idea to obviously capitalize on the market, but also to have a philanthropic angle.

“With every buy, sell or trade, there’s tokenomics in our crypto, and there’s a 7% transaction fee and 5% of that goes back to charity,” Mahler explains. “Our foundation is providing for the less fortunate around the country in order to help kids who don’t have the same opportunities as my kids have.”

“We’ll be able to impact the entire world and level the playing field for any kid that is less fortunate financially if we can find that kid. That’s where my portion of Game Coin comes in.”

As it grows and more big-time athletes come on board and he meets with venture capitalists and sports agents, it’s not lost on Mahler “that I became very popular overnight. Before that, man, well, I tell people all the time when they ask what I do for a living: I tell them I’m a grass-cutter.” handollc.com and thegamecoin.net

In April 2020, Claire Aillet launched her app Shop the Area. Often compared to Waitr, Aillet says, the app allows customers to order items from their favorite local shops for same-day delivery. The app and website were recently relaunched and integrated with e-commerce platform Shopify. At press time, eight boutiques were listed on its site. Up next in 2022: a launch in New Orleans.