Adam Vo is an expert at capturing the essence of a subject with his camera lens. While others might avoid shadows or intense sunlight when shooting videos and photos, the 24-year-old rejoices at the opportunity for a challenge.

He transforms dark rooms, dimly lit parking garages and parties into cinematic scenes. He sets it all to a soundtrack of carefully chosen hip-hop and R&B songs.

Upon meeting Vo, it’s easy to see how his modern, urban and edgy personal style translates into his visual work.

Vo is a Baton Rouge photographer and cinematographer who also works full-time at sneaker and apparel shop Sneaker Politics. In addition to his photography and video work for the hip shoe brand, he photographs and films people, events, landscapes and architecture throughout the country for projects for his online media platform, TVADV.

He shoots everything from commercials to eye-catching music videos. In the process, Vo has worked with local artists like Dave Stokes, Barin the Great and Luna Loxx, and national figures like New York Jets safety John Battle for his 2019 documentary, Never Ending Battle. 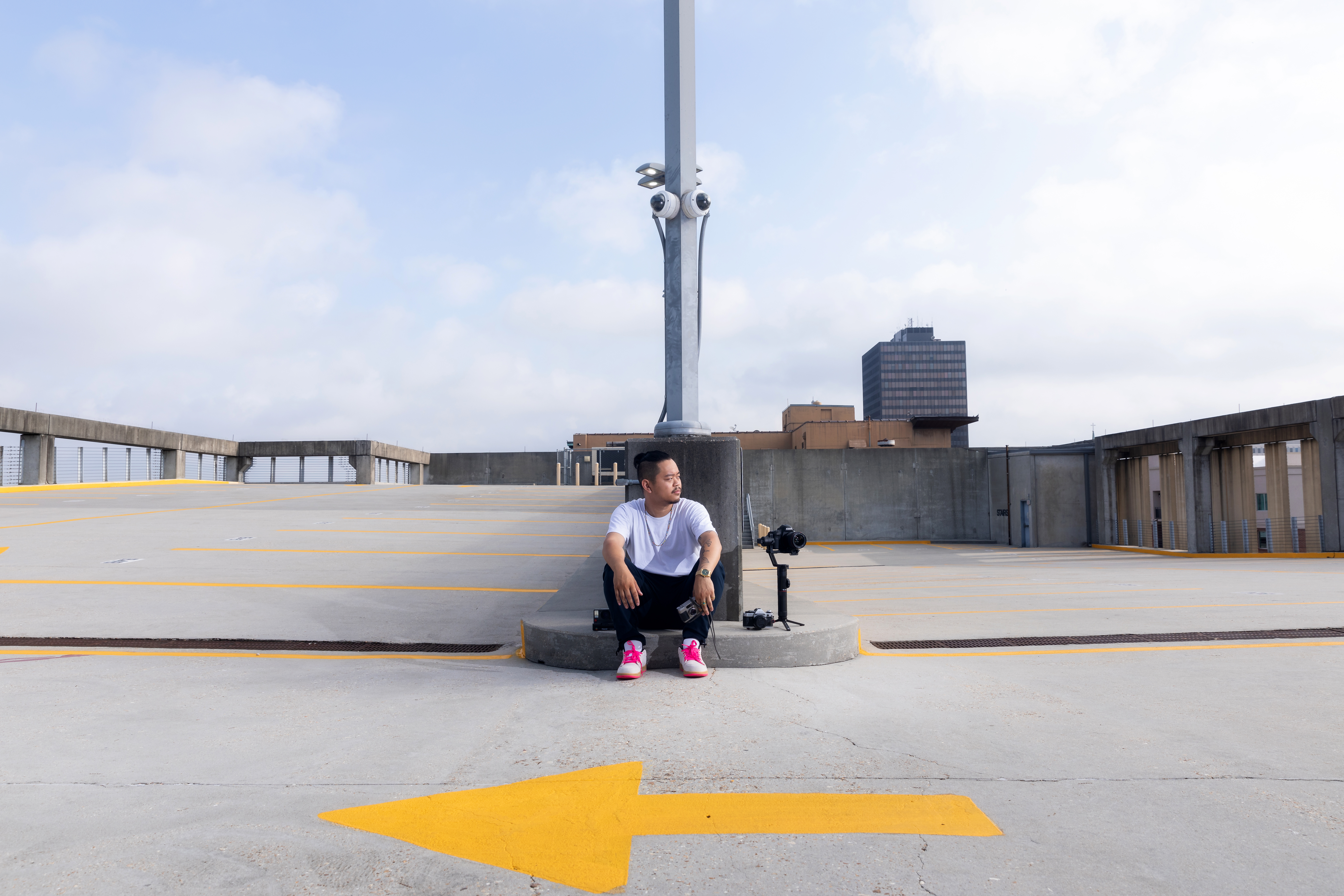 Vo shoots with multiple cameras—film, digital and even instant film. His Instagram feed showcases these techniques with lively 3D film photos of his friends at events, vivid travel footage and moody, one-minute videos of his life that he says he makes during random bursts of creativity.

“Learning something new about your craft is very addicting,” he says. “I’m always a student to the game. It’s a never-ending cycle of learning.”

Vo edits from his bedroom, plugging away on his iMac while listening to DJs like Joe Kay, Sango and J.Robb on Soundcloud. Through his storytelling work, he hopes to do more than create aesthetically pleasing visuals. The Baton Rouge native wants to inspire others to follow their passions and think out of the box.

Before becoming a full-time creative, Vo was pursuing a nursing career. He grew up with both parents working in the medical field, so he thought a nursing job would be the most practical path. But photography and cinematography had his heart.

“There’s a lot of molds in life that society tries to make for us,” he says. “I want to encourage our small art community to really express themselves.”

After withdrawing from Southern’s nursing program in 2018, Vo has been able to fully commit to improving his work. Now, he plans to set up a base in a local coworking space, travel more and pursue projects with larger companies and music artists.

“I try to make my work as meaningful as possible,” Vo says. “I want my photos and videos to tell a story about the things I experience or the energy that’s
in the room around me.” tvadv.media

“Up Next” is a new 225 feature highlighting up and coming creatives making an impact on local culture.

This article was originally published in the July 2019 issue of 225 Magazine.