She crunches numbers during the week as an accountant at Faulk & Winkler, but on the weekends Taylar Savaski pulls on a helmet and a fire-resistant suit, straps herself into a 20-foot-long, 650-horsepower dragster, and blasts down a track at 140 mph.

Savaski’s parents took her to her first drag race when she was 12. The early races that day were contests between Junior Dragsters, members of a National Hot Rod Association program for drivers ages 5 through 17.

Savaski saw kids her own age climbing out of the race cars. Then she realized one of the drivers was a girl. “I saw her hair fall out of her helmet,” Savaski recalls. “And I was like, wait a minute, I’m a kid and a girl. I can do this.”

Six months later, Savaski’s dad scraped together enough money to buy her a used dragster, by age 13 she was driving in her first race.

Now just shy of 26, Savaski has been behind the wheel of race cars for half her life, even as she earned a bachelor’s degree in accounting and an MBA. 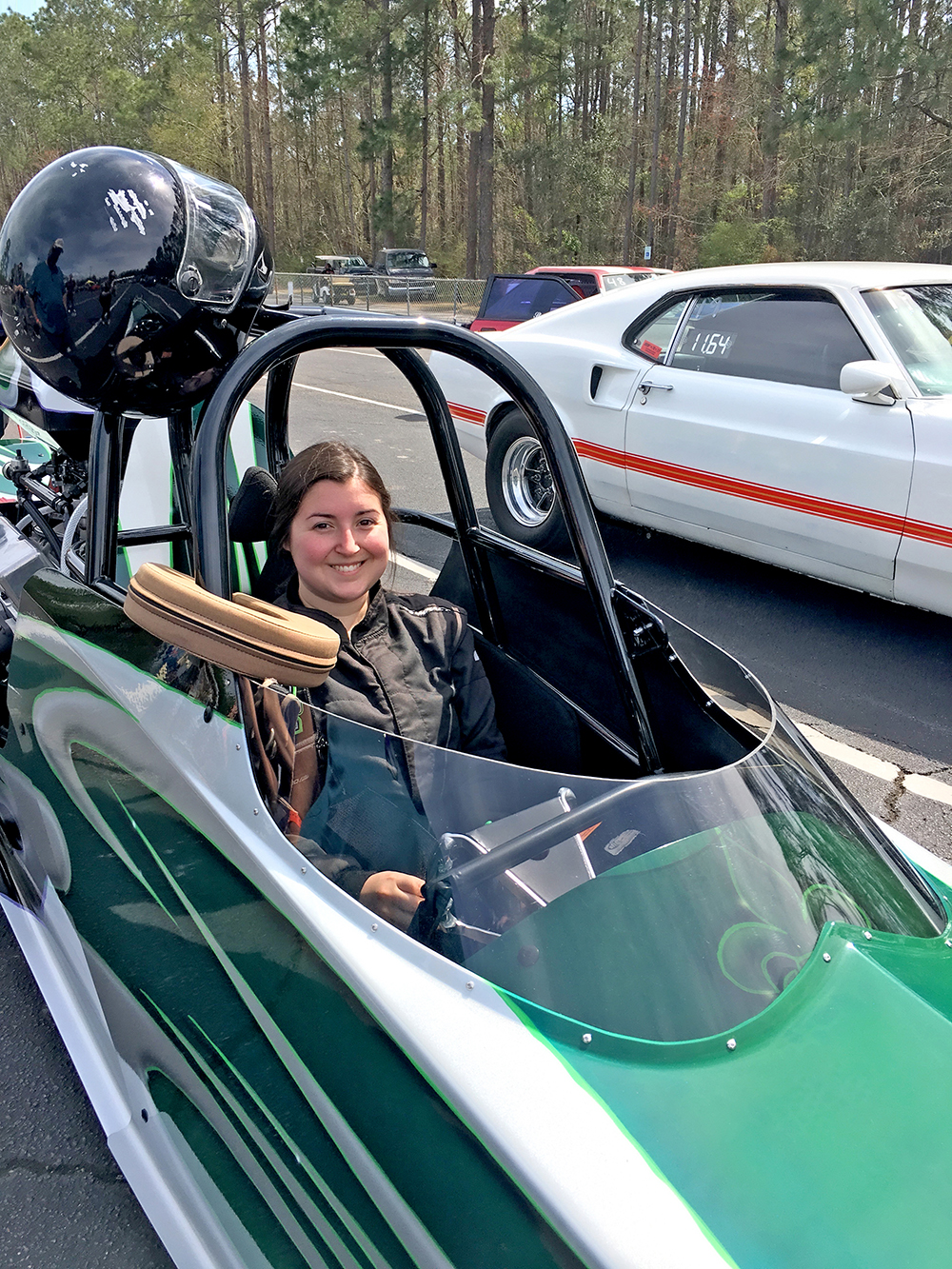 “Racing is a great confidence booster, especially at my age, when you’re taking out grown men who’ve been racing 30-plus years, and you come in there as a young gun ... it’s pretty cool.”

“Racing is a family sport,” she says. As for her race team, the family is the team. “I’m the driver, my dad’s the crew chief, and my mom is the manager and in charge of hospitality.”

While she loves the sport, Savaski doesn’t take the dangers for granted. Locked into a tiny cockpit in front of a huge engine and rocketing down a narrow track a mere one-eighth of a mile long at 140 mph is not for the faint of heart.

Savaski learned that firsthand when, at 15 and still a Junior Dragster, she saw a car crash into the wall and burst into flames. The driver died.

Her dad has drilled safety into Savaski’s head since she started racing. “But I think my mom still gets nervous,” she says.

Savaski wishes more women would stay in the sport. In Junior Dragsters, there are just as many girls racing as boys.

“But once they hit 17, most of the girls get out,” Savaski says. “They go to college; they get married. Right now, when I go to the track there could be 200 cars, but there are only three females that run in my class.”

Savaski has had her foot on the gas for 13 years and has no desire to let up. She says she finds the two sides of her personality—the accountant and the race car driver—the perfect balance, and she plans to keep racing for the rest of her life.

Things to do this weekend in Baton Rouge: Concerts, yoga classes and stargazing opportunities

The future we make: Baton Rouge embraces a movement [Sponsored]