For Shelli Brown, art is freedom.

It’s allowed her to live life by her own terms—she has become a successful artist with no prior experience or even a single art class. But it’s also allowed her to combine some of her passions.

Growing up, the Denham Springs native was influenced by her mother’s love of art. Once Brown got to LSU, she earned a degree in kinesiology. So it’s no surprise one of her first series was a collection of abstract works celebrating the way the body moves.

Brown is almost instinctual in the way she can see the body’s shape reflected in different objects, whether it’s actual nude statues during a visit to Florence, Italy, or the curves of her marble tub.

“I don’t know what came first: my love of the human form, or if that’s just what my brain sees.  But it’s like a magic eye,” says the mom-to-be. 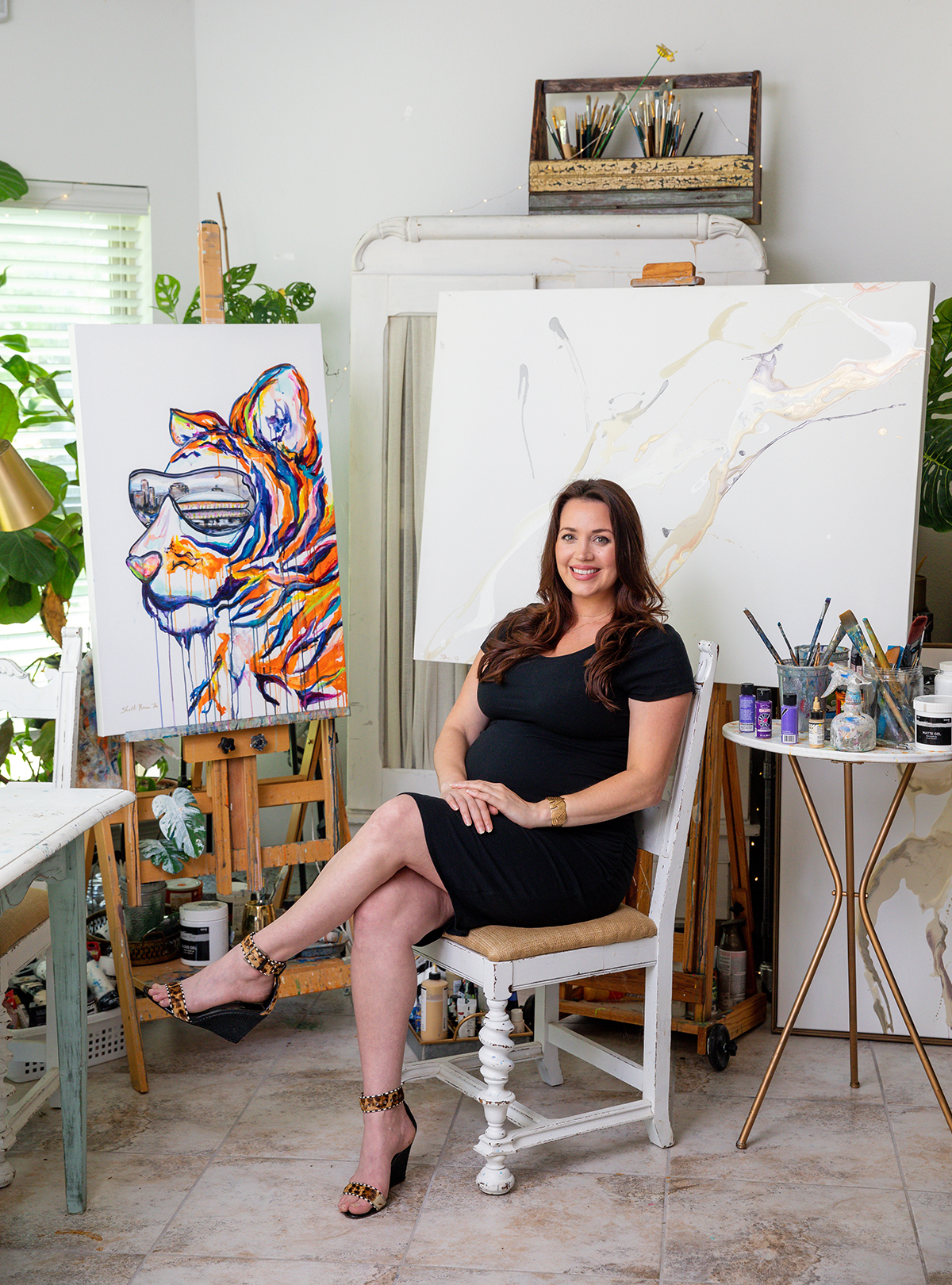 To Brown, there is no shame when it comes to the human body. Her goal while creating her abstract pieces is to strip away the stigma of nude artwork and the idea that bodies must be covered up.

“I think that the mindset where we all have the same body is important,” she says.

Brown says she strives to keep her work subtle and tasteful.

Whether she’s painting with bright pastels or creating in grayscale, each piece celebrates the beauty of the body.

Even when the pandemic hit, she and her musician husband, Toby Tomplay, were able to keep spirits high, despite their jobs not being considered essential.

While in quarantine, they started their Rony the Tiger series. During social media livestreams every Wednesday, Brown, Tomplay and a special guest chat about art and music. Tomplay plays music, while Brown sings and paints her Rony the Tiger character. She’s depicted the colorful tiger doing “normal” activities, such as going to an LSU game or the beach—allowing viewers to live vicariously through him during shutdown.

And with the Rony series, it seems the couple’s work became essential during the pandemic, after all.

Browse her paintings at shellibrownart.com

Former Southern athlete Keith Tillage's construction company is not just about business, but giving back