For Olivia Stewart, all things sugar and sweet have a family tie. Two centuries after the birth of her ancestors’ Capital Region sugarcane farm and mill, her family caught on to the craft spirits craze, launching Louisiana’s first single estate distillery, sourced from the farm’s crops.

But it wasn’t until 2020, when what was supposed to be a two-week visit turned into a two-year-plus stay, that the passion became personal.

After studying art history at Sotheby’s Institute of Art in London, Stewart had been living in New York and working in art galleries. But when the COVID-19 pandemic began, Stewart and her fiancé​​ decided to escape the city’s wintry spring, lonely isolation and a job furlough. They embarked on a road trip down to her hometown in Louisiana.

At the time, Stewart’s family was running local distillery Three Roll Estate. The brand was struggling, as tastings and field sales significantly declined during the pandemic. Stewart decided to lend a helping hand, assisting by making hand sanitizer for the business. From there, she took on the role of tasting room manager and running Three Roll’s social media. 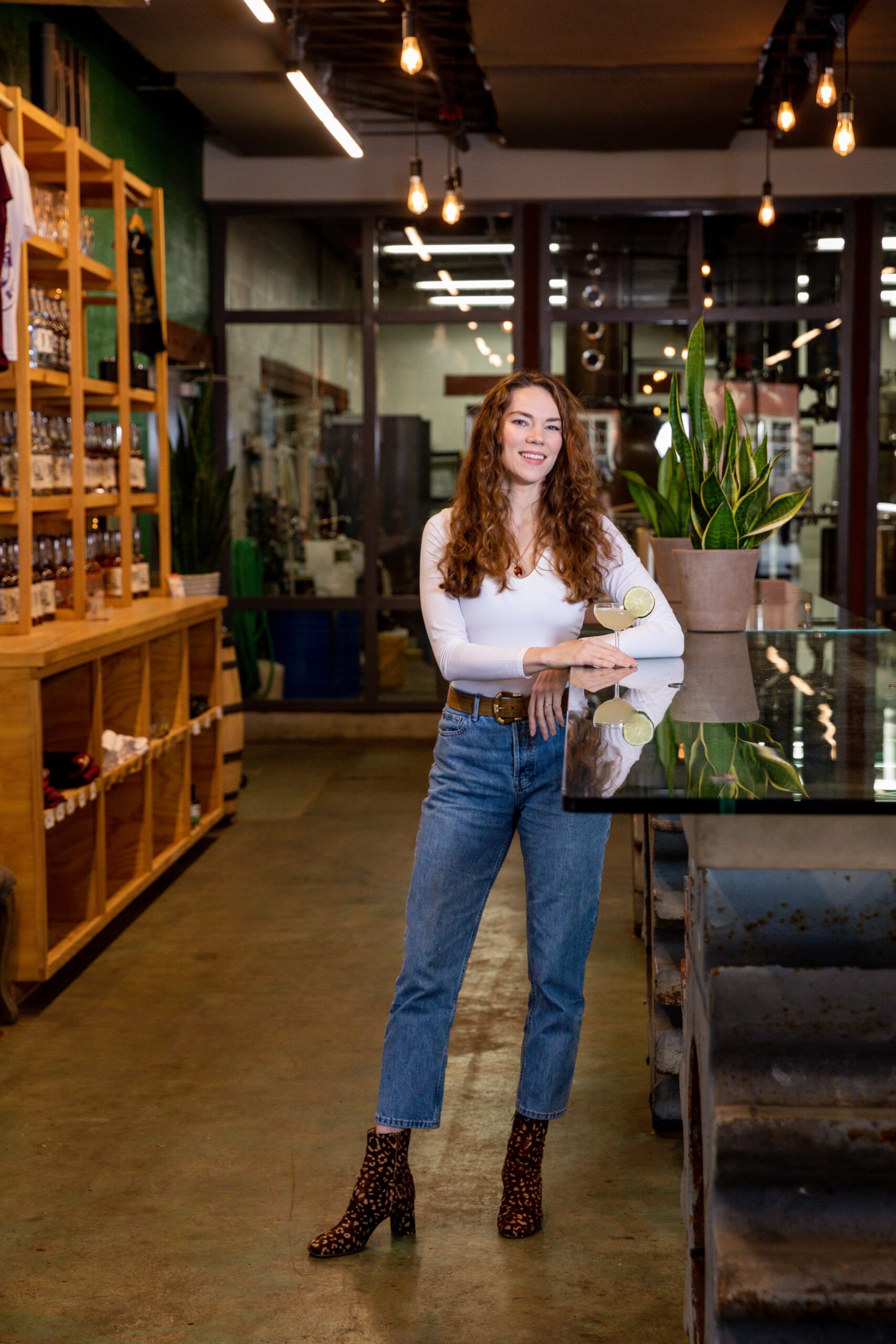 “I’ve really appreciated the larger impact I feel like I can make in a smaller city like Baton Rouge, versus in New York, where you have activists (and creators) from floor to ceiling and every which direction.”

Eventually, out of “a sense of familial duty,” she took on the role of chief operating officer.

Three Roll opened as Cane Land, a distillery and tasting room on St. Phillip Street on the edge of downtown, in 2017 and later rebranded as Three Roll.

Stewart learned much about the industry from watching her father run the family business, and she decided to further her education by taking classes on the sugar industry and researching ways to continue rebranding and evolving.

She put to use her experience in the art world to transform the Three Roll Estate building downtown. Redecorating the tasting room, upgrading the infrastructure of the building, enhancing the quality of the distillery’s tour experience and launching new regular events were all part of Stewart’s reimagination.

With a fresh rebrand—and a community that was reinvigorated by the vaccine release—there was an increase in the company’s visitors and sales. It began to leave behind the hardships of COVID-19.

Today, Stewart ensures each part of the distillery, from the bar to the tasting room, runs smoothly. Her job involves producing creative ideas for the company’s future, to compete with bigger distilleries—and keep the family legacy alive. threeroll.com