When Emanuel “Boo” Milton sets his mind on an idea, he makes it happen. It’s been that way for as long as he could put a pencil to paper.

His big ideas and even bigger personality have landed the 25-year-old on stages across the country. The Baton Rouge music artist and community strategist has hosted global conferences from California to Virginia.

He hosted Cities United 2019 Annual Convening, where they commemorated the 400-year remembrance of the arrival of the first Africans in British North America.

Milton’s local philanthropic efforts and community involvement led to national recognition by organizations like The Obama Foundation and even a segment on the talk show Live with Kelly and Ryan. 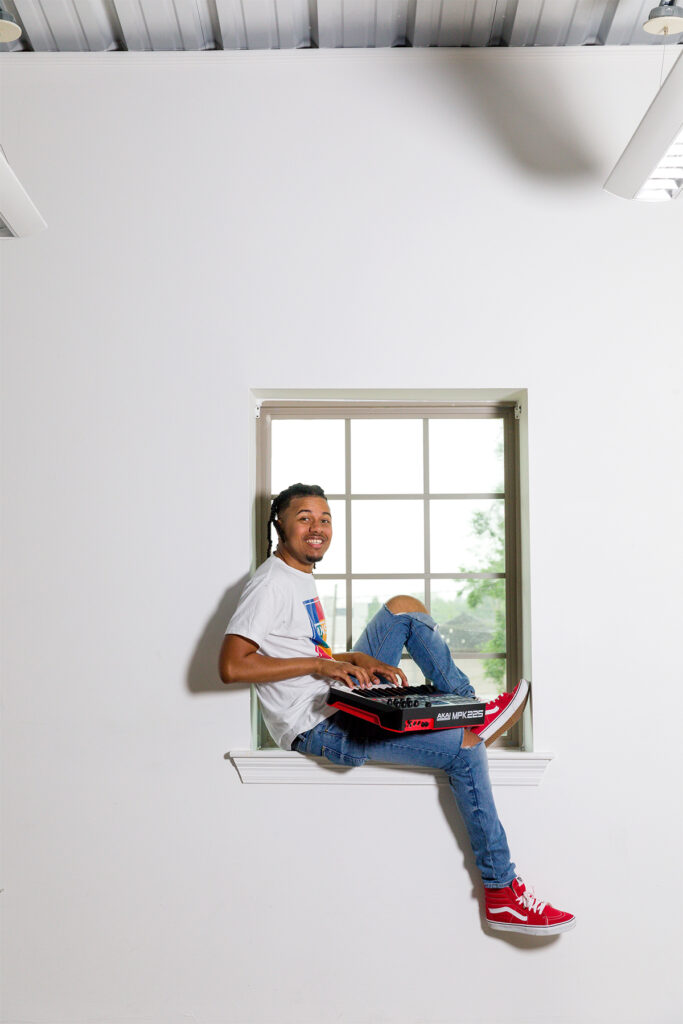 While Milton has a commanding and powerful voice and skilled musical background, it’s his actions that make him stand out. In high school, he was a local rapper on the rise. His popular singles included “G Step,” “Start the Line” and “Roller Coaster” featuring rapper Kevin Gates. After experiencing a spiritual awakening,

Milton paused his music career and went from rapping on concert stages to hosting conferences, summits and community discussions about youth programs, education and underserved people in Baton Rouge.

Ever since, Milton’s friendly smile and bright persona has been spotted all over Baton Rouge. He was a radio personality at local radio station Max 94.1 for four years. He started the annual Boo Milton & Friends All-Star Dodgeball Tournament in 2018 to raise money for different causes. Milton chose 80 to 120 community leaders and business owners to play dodgeball in support of local organizations like Front Yard Bikes and Walls Project.

He has a passion for giving and helping youth reach their highest potential. In 2020, he launched Spark Box, a line of activity kits for children ages 6 to 8. He was inspired to create the boxes after seeing how COVID-19 prevented children from connecting. Milton was a youth summer camp leader for years, so he knew how important it was to fill the educational and social voids with engaging activities and writing prompts. More than 2,000 Spark Boxes were mailed and distributed to children around the United States last year.

After taking a hiatus from performing as an artist, Milton is ready to return to his first love: music. This time with a new style, uplifting and encouraging lyrics, and a more seasoned sound. He plans to release new rap and pop music in summer 2021.

But he’s not stopping his community work just yet. He’ll continue his behind-the-scenes involvement in the community with organizations like Cities United—all while sharing his story and touching people through his music. boomilton.com

Both LSU and Southern begin the postseason push this weekend

Concerns growing over I-10 widening project, which could play out over 23 years