About a decade ago, Louisiana’s claim to fame in the craft beer world seemed to begin and end with Abita Brewing Company. And while it still reigns supreme—as the 24th largest craft brewer in the country—Abita has since been joined by more than 30 others across the state.

And though a statewide brewery tour might be a long-term project for the avid beer drinker, we wanted to highlight some of the hotspots around Baton Rouge that could lead to a fun and hoppy weekend.

Start here to see how Baton Rouge jumped onto the scene with gusto. Tin Roof has been cranking out much-loved brews and seasonal flavors since 2010 in a warehouse off Nicholson Drive. Today, that space boasts a bustling tap room and outdoor patio as well as regular events such as live music, food truck pop-ups, family nights and weekly yoga on the lawn. tinroofbeer.com

Just off Siegen Lane, Rally Cap opened in late 2019 with a sports-centric theme and a variety of pale ales and IPAs. Naturally, there’s usually a game on in the brewery’s tap room, and weekly events like trivia nights and live music to keep things interesting. rallycapbrewing.com

Another late 2019 entry to the local brewing scene was Gilla Brewing in Gonzales. Its cozy tap room features arcades and board games as well as live music to go along with about a dozen available taps showcasing fruity sours and citrus-forward IPAs. gillabrewingco.com

Two Baton Rouge couples went from sharing homebrewing tips to dreaming up their own brewery, which opened in Mid City in late 2020. The facility’s smaller size lends itself to their creativity and experimentation, showcasing farmhouse ales, sours and stouts. Head to the tap room for samples, regular trivia nights and local food pop-ups. cypresscoastbrewing.com

The newest to the scene opened in late 2020 just across the railroad tracks from downtown Denham Springs. It quickly became a neighborhood hangout with picnic tables and outdoor games, plus a permanently stationed food truck, Pie Eyed, serving up savory and sweet hand pies and snacks. It’s a great foil for this fledgling microbrewery’s lagers, wheat beers, stouts and more. lechien.beer

Don’t let its seemingly isolated location fool you. A visit to Istrouma can lead to a full day of beer, pizza, outdoor games, browsing the art gallery and meeting the farm animals. The brewery, which opened in October 2020, is located on a working farm with longhorns, sheep and goats, and there’s even a drive-in movie theater in the works. But if you’re here chiefly for the beer, there are plenty of ales, stouts and pilsners in the tap room or from the porch taps outside. sugarfarmsla.com/istrouma-brewing

Find out more about beer

The state’s Office of Tourism created a promotional website to showcase all the breweries, distilleries and even a few vineyards across Louisiana. Go to libations.louisianatravel.com for maps and more.

Tasting rooms (and tours) abound in the Baton Rouge area, making it an easy and boozy weekend activity that also celebrates locally made spirits.

Makers of a smooth, distilled whiskey and a variety of flavored liqueurs since 2018. You might want to reach for the C’est Bon coffee-flavored liqueur or the Flambeaux cinnamon flavor on cold days this winter. Free tours Thursday-Saturday. lvdistillery.com

Operating since 2020, Sugarfield boasts a welcoming tasting room with a full cocktail menu featuring its vodka, white rum and spiced rum, gin, bourbon and a variety of liqueurs flavored with Louisiana citrus, coffee and more. The tasting room is open Wednesday-Sunday. sugarfieldspiritsla.com

In the shadow of the Mississippi River bridge downtown, Three Roll stakes its claim on rums made from sugar cane sourced at Alma Plantation in nearby Pointe Coupee Parish. Stop in for a tour or visit the tasting room to grab a cocktail to bring out onto its sunny courtyard any day of the week. threeroll.com

This distillery was the first to jump on the scene in Baton Rouge, launching in 2014 with a series of fruit brandies followed by the recent additions of small-batch bourbon and rye whiskey. Check with the distillery’s Facebook page for upcoming tasting room events. batonrougebourbon.com 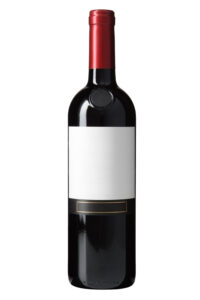 While we may not have the climate of Sonoma, that hasn’t stopped attempts at making wine a business in Louisiana. At Pontchartrain Vineyards, about 20 minutes north of Covington, visitors can check out the tasting room Thursdays-Sundays to sample wines from grapes that have grown on this 34-acre farm since 1992. Winemaker John Seago aimed to create wines—like a dry blanc du bois and a cabernet/syrah blend—that can stand up to our spicy Louisiana cuisine. Head to the vineyards in the spring and fall for the Jazz’n the Vines concert series, featuring New Orleans-area bands and snacks from pop-up food vendors. pontchartrainvineyards.com

Things to do this week: Watch a meteor shower, do some holiday crafting and more