Omar James has a self-proclaimed superpower. The entrepreneur says it’s this secret skill—combined with his countless hours of hard work—that allows his ideas to soar.

The Baton Rouge native is the owner of Spiked Scoops. The online/food-truck business sells alcohol-infused ice creams, gelatos and sorbets in a variety of year-round and seasonal flavors, as well as custom flavors for clients.

James has had a passion for crafting desserts since he was a child. His family would challenge him to make new concoctions every year for family events. He was especially known for his drunken bread pudding.

Later, a TV program about high-dollar desserts gave him the idea to create alcohol-infused ice cream. He noticed Louisiana has many daiquiri shops but nothing that really varies from the same basic flavors. In 2018, he launched the business.

“I believe Louisiana’s culture is so much better for this product,” James says. “We can make a party out of anything.” 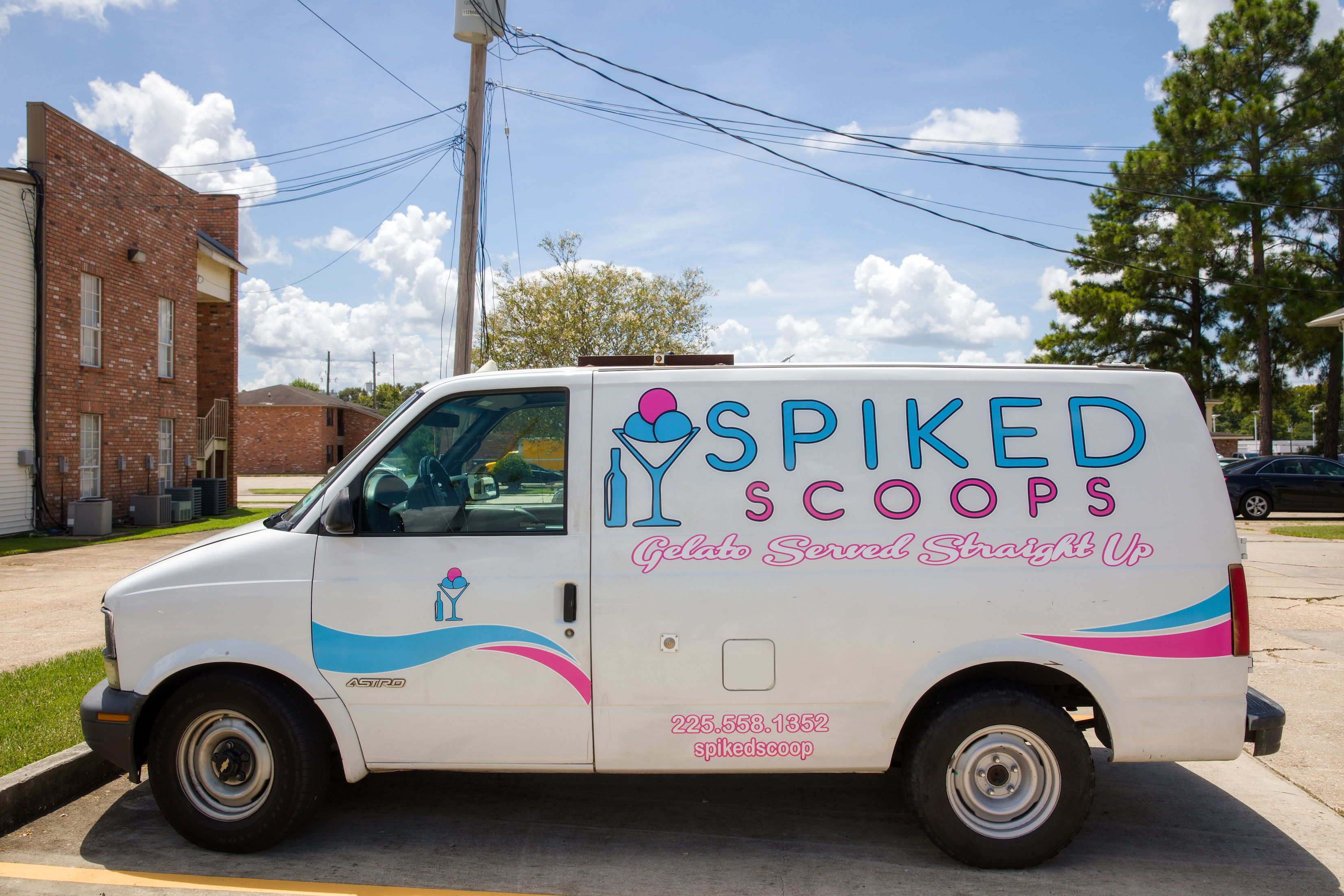 James took a deep interest in the science behind mastering consistency and flavor. He’s taken trips all over the United States to further his learning.

“I found out Penn State was the number one dairy research facility in the country, so I took a flight and toured the college, tasted some of their ice cream,” James says. “If people sold infused ice cream, I ordered it [online]. It got pretty expensive, but I was so excited.”

So, what is that secret superpower? James says he gets it right the first try almost every time.

“It got to the point where I could taste something and think ‘I could make an ice cream out of that,’” James says. “Most of the time I don’t even need a trial run. I get it the first time.”