Corey and Leann Ringe have found their sweet spot, and it’s on a bright corner in Mid City.

Their new brunch and lunch spot, Leola’s Cafe and Coffee House, opened Jan. 9 in the Circa 1857 complex on Government Street, taking over the former Yvette Marie’s space.

Corey had originally wanted to run his own one-man coffee shack. But when they were shown the Circa space, they quickly changed their minds.

“In that moment, everything changed,” Corey says. “It went from a coffee shop to, ‘Hey, we have to go get a liquor license, because this is a brunch place.’”

“I always wanted to open a cafe called Leola’s. It’s been a lifelong dream of mine,” she says. “Then, with the coffee and breakfast, it became brunch. … We morphed together what we wanted to do. ” 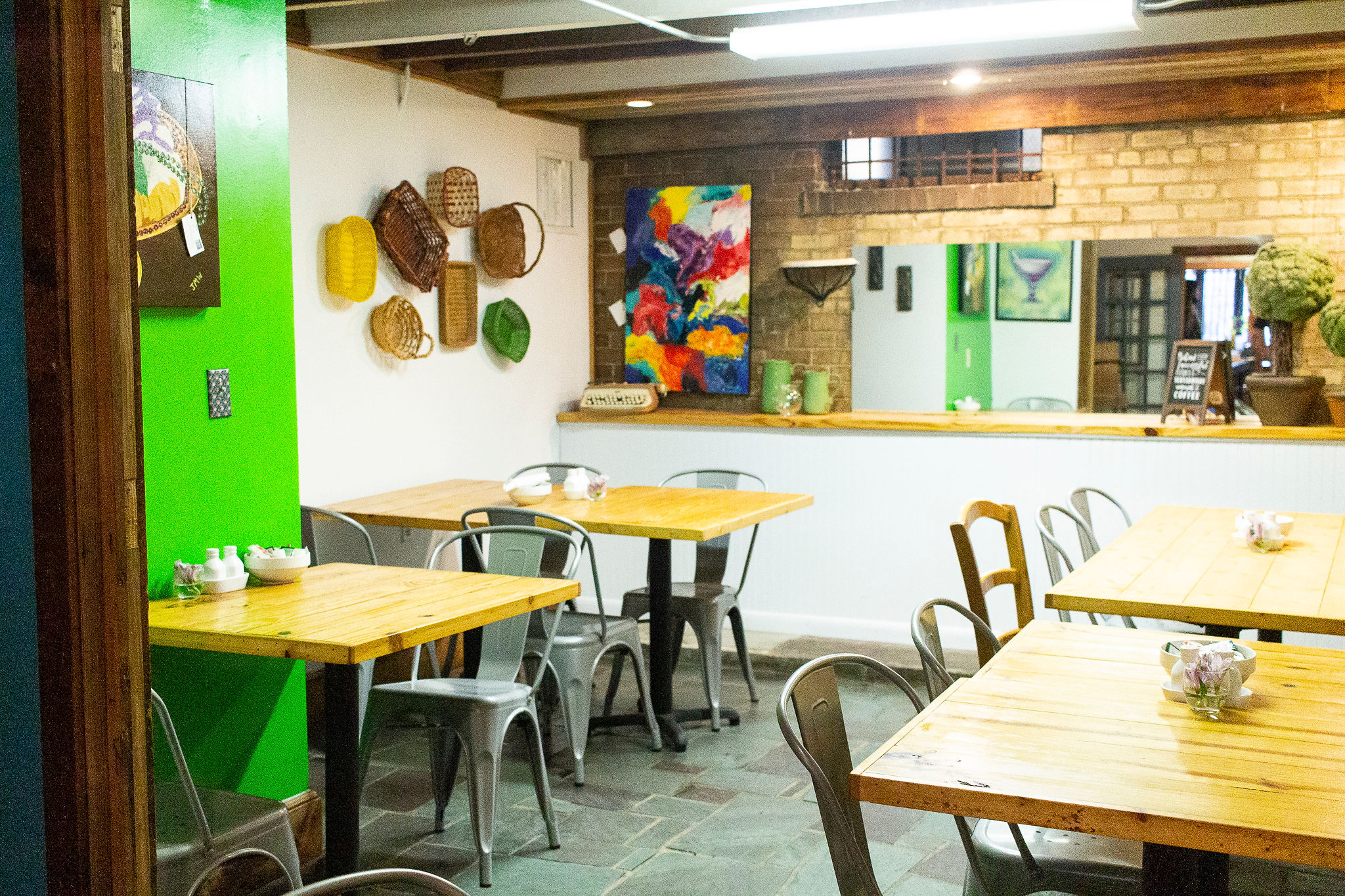 Leann’s uncle called her Leola growing up, and she always despised the nickname. He passed away five years ago, and she says the name just seemed to fit the vibe of Mid City and their new space.

With wooden tables, mismatched chairs, and much of the building’s original brick and wood details, Leola’s is just as rustic as Yvette Marie’s once was. While the Ringes still wanted to create a coffee house atmosphere, Leola’s will also be lively on weekends—when it will serve a wide range of brunch cocktails, as well as a menu featuring “brunch-ish” and “lunch-ish” items.

The menu is comprised of Leann’s original recipes, straight from her own kitchen, where she cooks for the couple’s five children. It features classics like the “Basic B” breakfast, including two eggs your way, hash browns, grits and bacon, plus more unique dishes like their “Bro-ritto,” a burrito filled with brisket, eggs, hash browns and cheese.

And if the $3 mimosas and bloody marys don’t reel customers in, the mimosa flights should. A flight includes four seasonal mimosas. Right now, the offerings includes a classic mimosa, a peach bellini, a blood orange mimosa and a poinsettia mimosa with cranberries. There’s also the “Man-mosa,” a regular mimosa with a shot of Tito’s, if that’s more your style.

The Ringes hope Leola’s is a spot for the community in Mid City to hang out and have fun. Starting in February, there will be live music on the spacious outdoor patio every Saturday and Sunday.

“We have Sunday Fundays in our own backyard at home, and it’s always been great,” Corey says. “Now we just get to do it here.”