The spot you thought was just a pizza place, is now also a taco joint, both of which are run by that artisan barbecue venture that operates lots of other Baton Rouge eateries. In January, City Group Hospitality quietly opened City Taco, a ghost kitchen concept tucked inside its City Slice pizzeria on West Chimes Street.

The idea was to supplement sales at City Slice, affected by the downturn in LSU campus activity due to the pandemic, says City Group Hospitality Managing Partner Stephen Hightower. Inspired by ghost kitchen concepts nationwide, (a COVID-era strategy in which culinary entrepreneurs produce menus in alternative spaces and sell them online), the restaurant group initially launched City Taco through third-party delivery services. But as of this month, you can also experience the menu in person. City Slice has become two restaurants in one. Walk through the door, and take your pick. 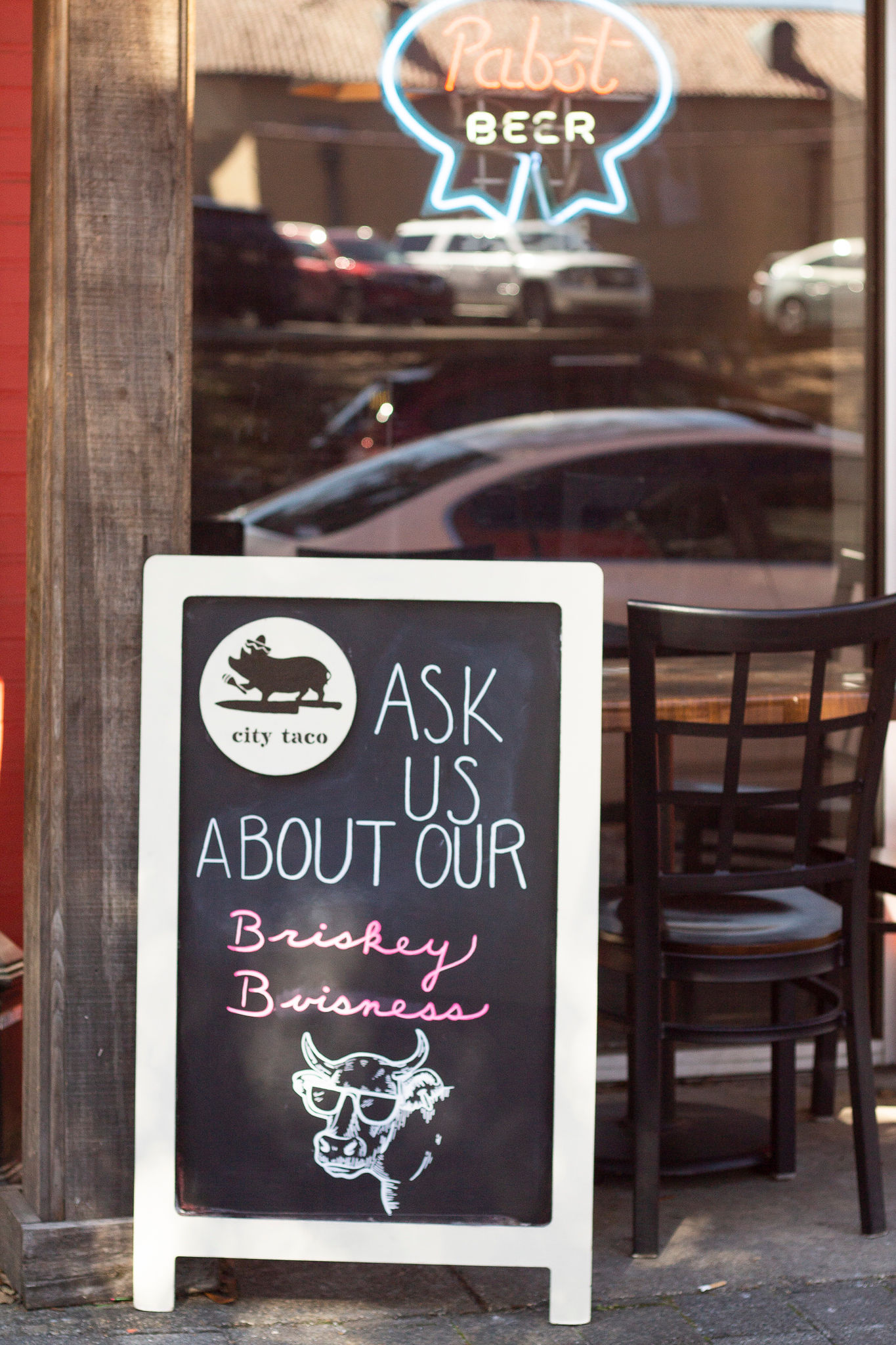 No surprise, City Pork’s signature smoked pork makes an appearance in the Jurassic Pork, where it’s joined by fresh jalapeños and pickled red onions. The Briskey Business highlights tender, smoked brisket with tangy feta, pickled onions and horseradish cream. And mindful of the need for a solid vegan/vegetarian option, the Cheese All That melds mushrooms, spinach and tomatoes with vegan cheese sauce. Or, choose from 15 toppings to build your own.

The restaurant’s vibe hasn’t changed—the City Slice space still has plenty of tables, TVs and an expansive bar. But now, that bar makes for a comfy spot to order a pizza or to order a margarita and sample the chips and dip flight (guacamole, queso or vegan queso and a spicy ranchero-style salsa made with whole roasted tomatoes and lots of garlic). There’s also a creamy, smoky house-made charro bean dip.

Along with this concept, City Group Hospitality opened its new 3 Little Pigs Café and Eatery in January inside the LSU School of Veterinary Medicine. City Tacos are available there, as well.