Correction: This article has been updated to correct the spelling of Motza’s Pizza Pub. 225 regrets this error.

Pineapple on a pizza is really not bad. There. We said it. 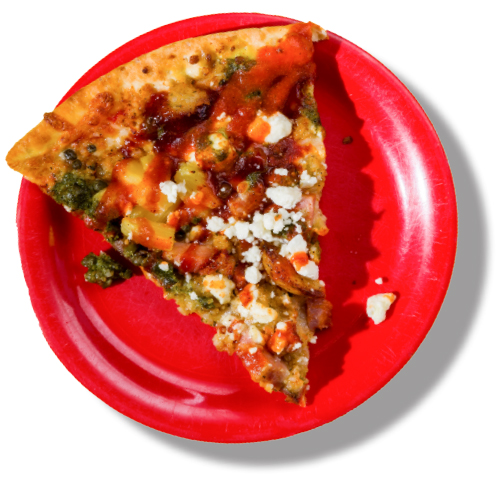 But if you happen to like it, you’ve probably had to defend its honor in your fair share of pizza debates.

The fruit is so polarizing a topping, publications ranging from Time to the Wall Street Journal have polled readers on its acceptability. Picturing pineapple on a pizza causes celeb chef Gordon Ramsay to rage, notes a Washington Post think piece.

And it’s not the only controversial pizza garnish. In recent years, pizza restaurants have adopted a more-is-more philosophy. While conducting our research on local pizza restaurants, we found that most have around 30 to 40 topping choices on their menus, and they run the gamut from sushi and calamari to enchilada sauce and honey.

You can get pineapple at plenty of restaurants, of course. At joints like Phat Boy’z Pizza and Roma Pizza, you’ll find different versions of the sweet-savory Hawaiian Pizza, traditionally made with pineapple and ham.

Meanwhile, themed pies bend the definition of what a pizza can be. City Slice has a pasta pizza. Motza’s Pizza Pub has a taco pizza. Isabella’s Pizzeria has a muffaletta pizza. We could go on.

But when it comes time to order, just how adventurous are we actually willing to be?

We decided to ask our readers. In a, ahem, very scientific Instagram story poll last month, about 1,100 readers voted yay or nay on some of the more unique toppings we’ve found in Baton Rouge.

The results: The majority of you are up for anything. Readers seemed to dig the idea of everything from capers to boudin on their pies.

We guess we shouldn’t really be surprised. The Louisiana palate is nothing if not bold. We like interesting flavors here.

That pineapple, though. As diverse as our tastes may be, half of you still couldn’t do it. 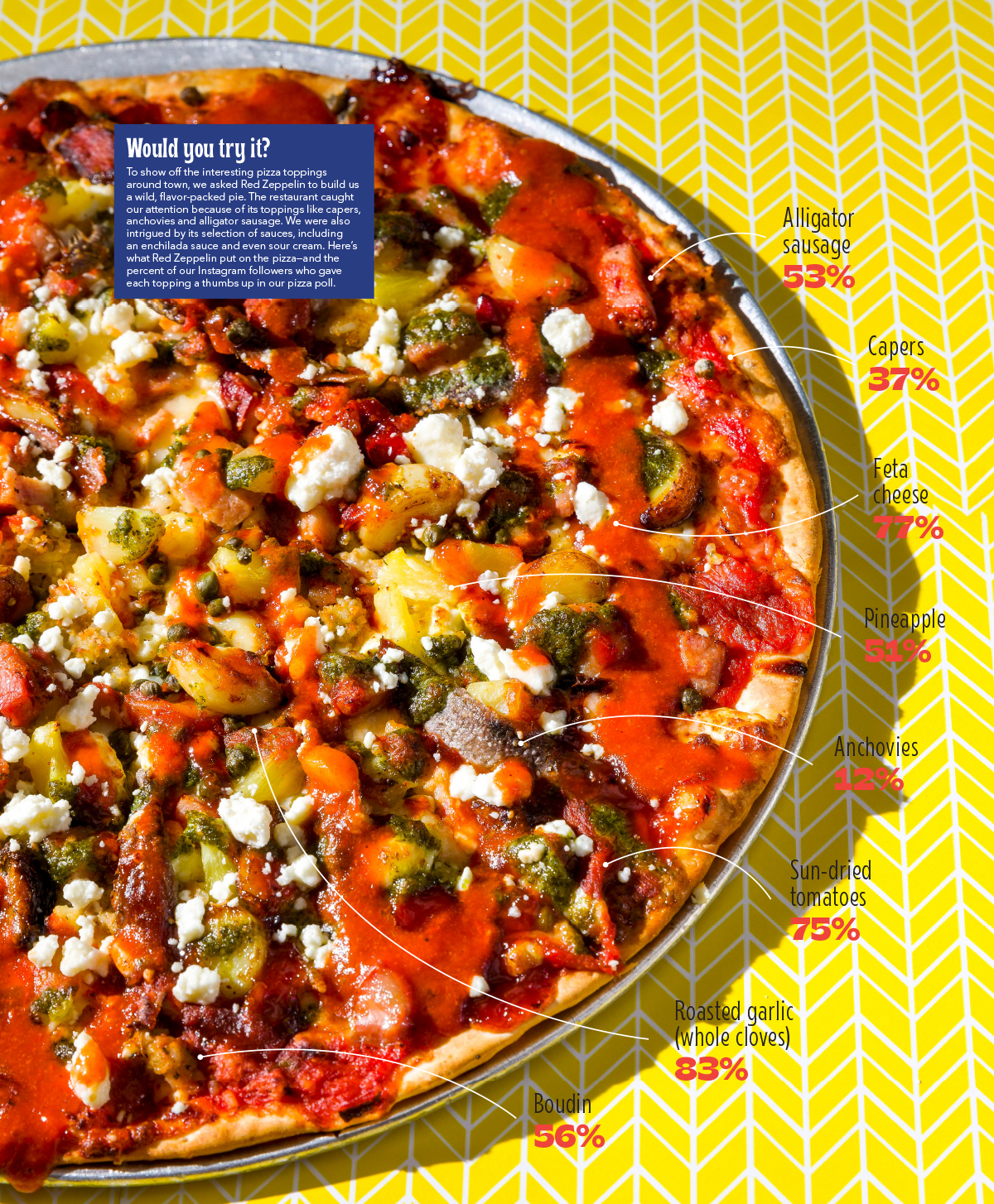 What’s the most interesting topping you’ve seen in BR?

“Rocca has a potato pistachio pizza and it’s 👌”

“Cherry! I lived next to the owner of Red Zeppelin, and he made a dessert pizza for us to try. It never made it to the menu, though.”

“Okra. It’s on The Gregory’s Swamp Pizza. I loved it!”

“Boudin. I’ve never thought about it on pizza, but if I eat it in a quesadilla, why not?”

“Sushi pizza. But it was GOOD!”

“Lettuce on a Greek pizza-of-the-month at Lit Pizza.”

“Peaches with prosciutto or duck at the old Dolce Vita food truck. To die for!”