Pumpkin pie is the cornerstone of the Thanksgiving dessert table. More than 50 million pumpkin pies are consumed during Thanksgiving each year, according to news reports, and Americans buy nearly 483,000 pounds of pumpkin for the holiday.

I love a good shortcut, so in the past I always went for the all-natural canned pumpkin puree when making pie—and it works deliciously. When developing this year’s recipe, though, I decided to challenge myself to go all out and try my hand at using a fresh, roasted baking pumpkin.

It took a little longer than using canned pumpkin, but the result was totally worth it.

Roasting the fresh pumpkin helps to bring out the natural sugars and gives the pie a more earthy flavor. Because the roasting process also takes out a little of the extra moisture, I found that adding some cream into the pumpkin mixture keeps the texture moist and creamy. And the spices, along with the addition of a little black pepper as the pumpkin roasts, elevate this traditional dessert to the next level. 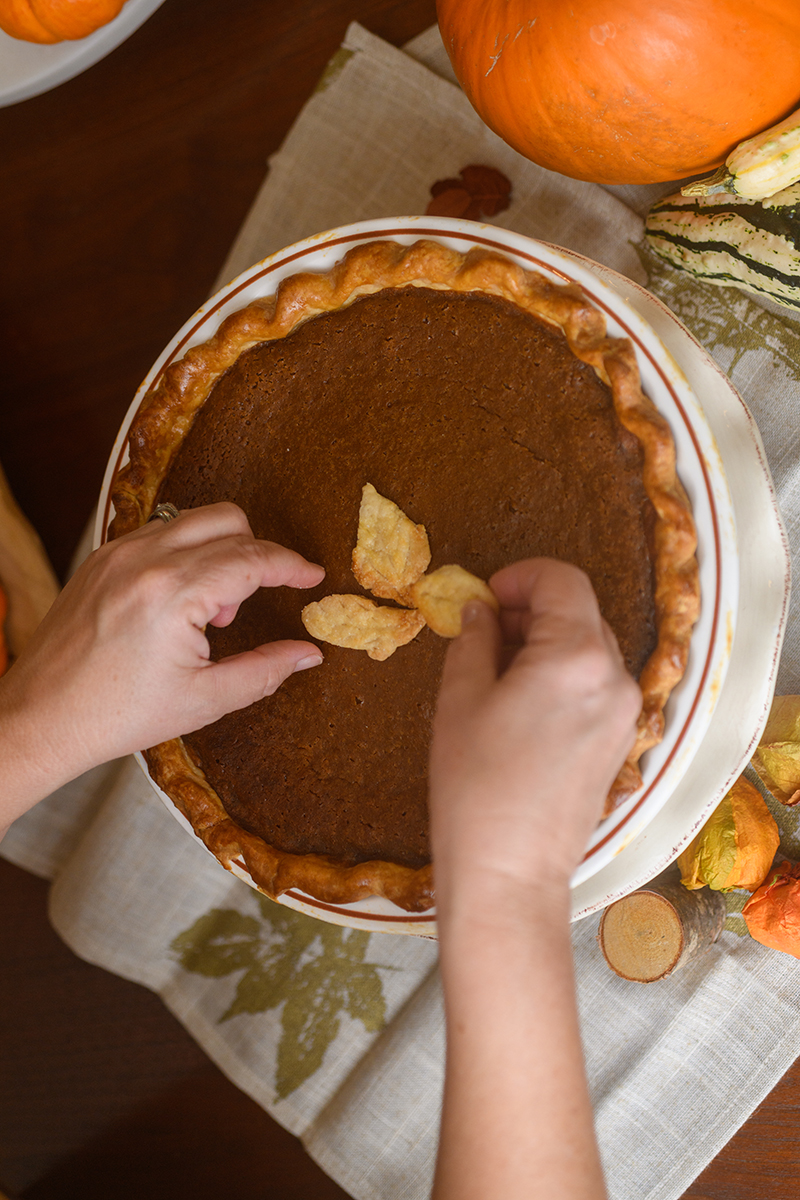 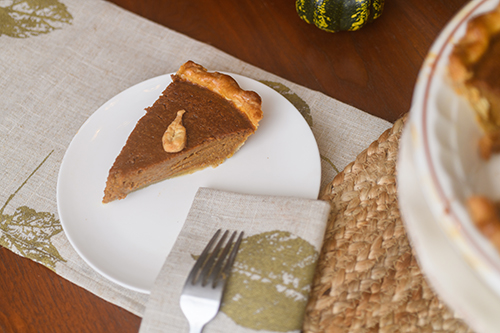