“It was a really dramatic change,” Davis says. “We welcomed that influx of business, but it’s so challenging simultaneously trying to take care of your dine-in guests while callers are having trouble getting through.”

It’s what prompted JED’s to implement online ordering three months ago via Toast.

Through the Toast app and site, diners can now order take-out from a slew of local restaurants, including The Chimes, Elsie’s Plate & Pie and Hannah Q Smokehouse. Toast and similar services integrate seamlessly with Google and Google Maps, so when a customer searches for a restaurant, they will be prompted to “Order Online.” 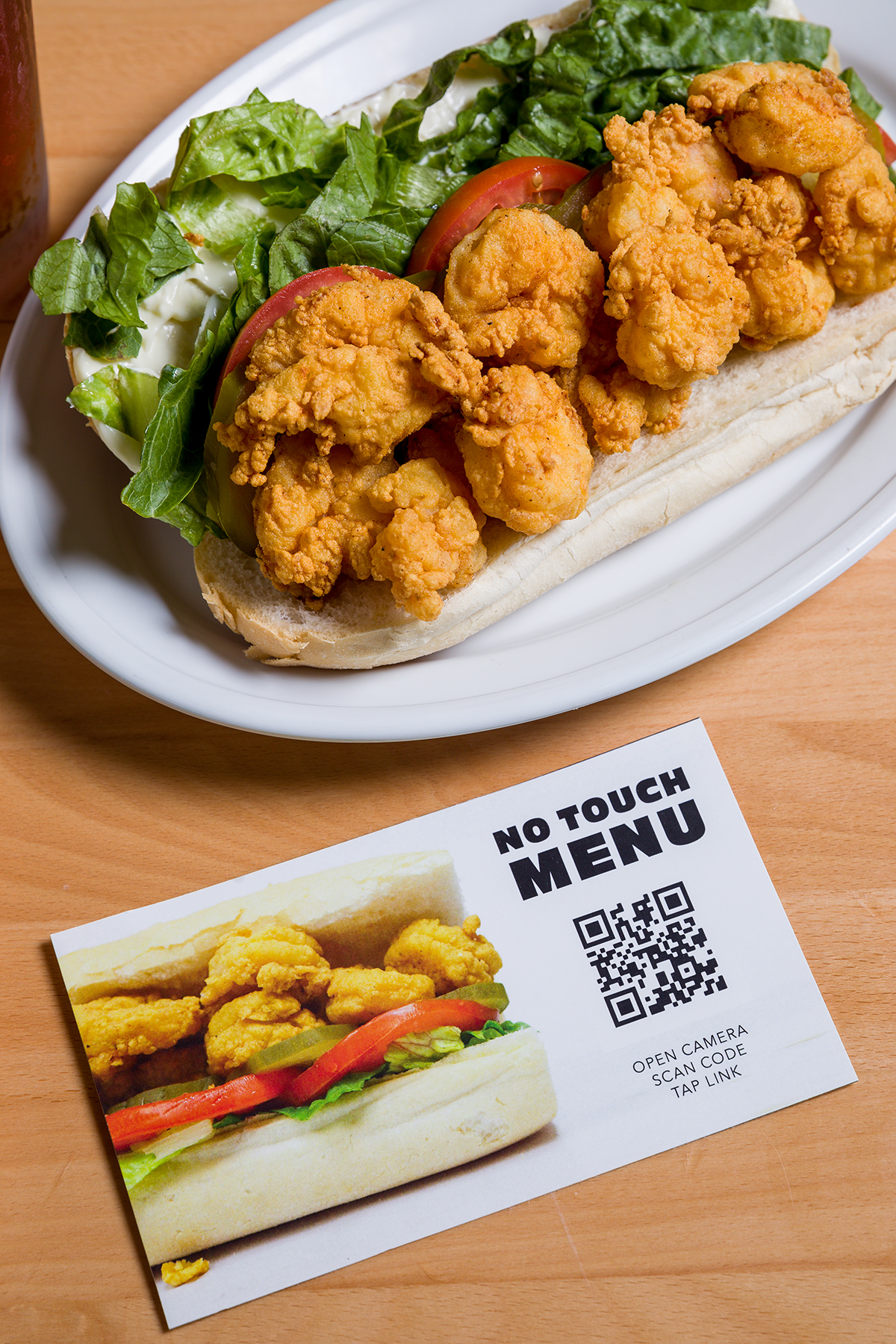 QR code menus for dine-in customers have also been a game-changer for restaurants. UMAMI Japanese Bistro has done away with paper menus entirely, now relying solely on the contactless menus that dine-in customers can scan with their phones.

“Digital menus make it easier to update the menu and switch out our specialty fishes, which we swap biweekly,” says UMAMI manager Izzy Grisoli.

If an item sells out, the team can also quickly remove it from the menu. Grisoli says it has improved communication between the kitchen, servers and customers all around.

It’s also made for a seamless transition for the restaurant’s new ownership. Tien Lee, Jimmy Nguyen and Mike Tran took over the restaurant in February, bringing experience from their other brand, Geisha, Sushi with a Flair. They’ve added a few new specialty dishes alongside UMAMI’s signature fare.

Eliza, the sister restaurant to JED’s, uses OpenTable’s app and website to organize and plan its reservations.

“For years, we didn’t take reservations, but since the pandemic it’s clear that people need a firm plan for dining out. Mingling at the bar is not always appealing anymore,” Davis says. “Now, we’re really utilizing that tool in ways we didn’t expect. You can manage the flow of your night by the way you set up the pace of reservations. And diners can add notes about dietary restrictions or the occasions they are celebrating. We’re able to serve them better.”

But results may vary depending on the restaurant. With the exception of special events, Bin 77 Bistro & Sidebar is moving away from reservations. It favors a first-come, first-served system.

“It’s more sustainable to not reserve tables at say, 7 o’clock, because even if I have an open table at 6 p.m., I can’t seat anyone there for a whole hour,” says Mitch Rodgers, Bin 77’s general manager and wine director.

Because of Bin 77’s location in Perkins Rowe, there is plenty for customers to do while they wait for a table. Diners can wander the shopping center, order a drink at the Sidebar or even listen to live music on some nights.

“Perkins Rowe is a draw for us, but I understand why not allowing reservations maybe wouldn’t work for everyone,” Rodgers says.

Using Resy has worked well for Bin 77’s sister restaurant, Solera. Having reservations helps predict needs for both kitchen ingredients and staff, Rodgers says, especially when the pandemic has led to shortages of labor and supplies alike.

If nothing else, digital upgrades help already stretched-thin restaurant staff manage their workloads.

“Most restaurateurs would agree that the staffing issue is very much still ongoing. You see it everywhere even as a consumer—there’s just not as many people there to help you,” Davis says. “And those workers who stuck it out with you are carrying an extra load, sometimes working the job of two people. We want to not only make the guests’ lives easier but to help our staff.”

While the National Restaurant Association predicted in 2020 that the pandemic would increase self-order kiosks and automated systems, the local market seems to prefer to use technology in a different, more personal way.

“I think consumer behaviors were changing before the pandemic, and maybe the hospitality industry was a little behind. Now, the pandemic has sort of fast forwarded that,” Davis says. “More restaurateurs will embrace technology for its efficiency, but I think people will still look for one-on-one hospitality … What we want to be is a soft place to land for people after a long day. That personal element? I think it always stays.”

An app for that

Amount of Baton Rouge restaurants that currently use OpenTable or Resy to book dine-in reservations.

Number of Baton Rouge restaurant locations that now utilize the Toast app and website for online takeout orders. While that volume doesn’t yet compare to the 300+ local restaurants on Waitr, it’s one of several takeout apps gaining traction here. And in contrast to competitors like Uber Eats, Toast charges restaurants a monthly flat fee rather than taking a percentage of sales.

Number of restaurant operators nationally who say recruiting and retaining employees was still their biggest challenge as of summer 2021.