Every corner of the South has its own take on barbecue. Fortunately, you can find authentic representations of most of them in Baton Rouge. Here are some to look out for. 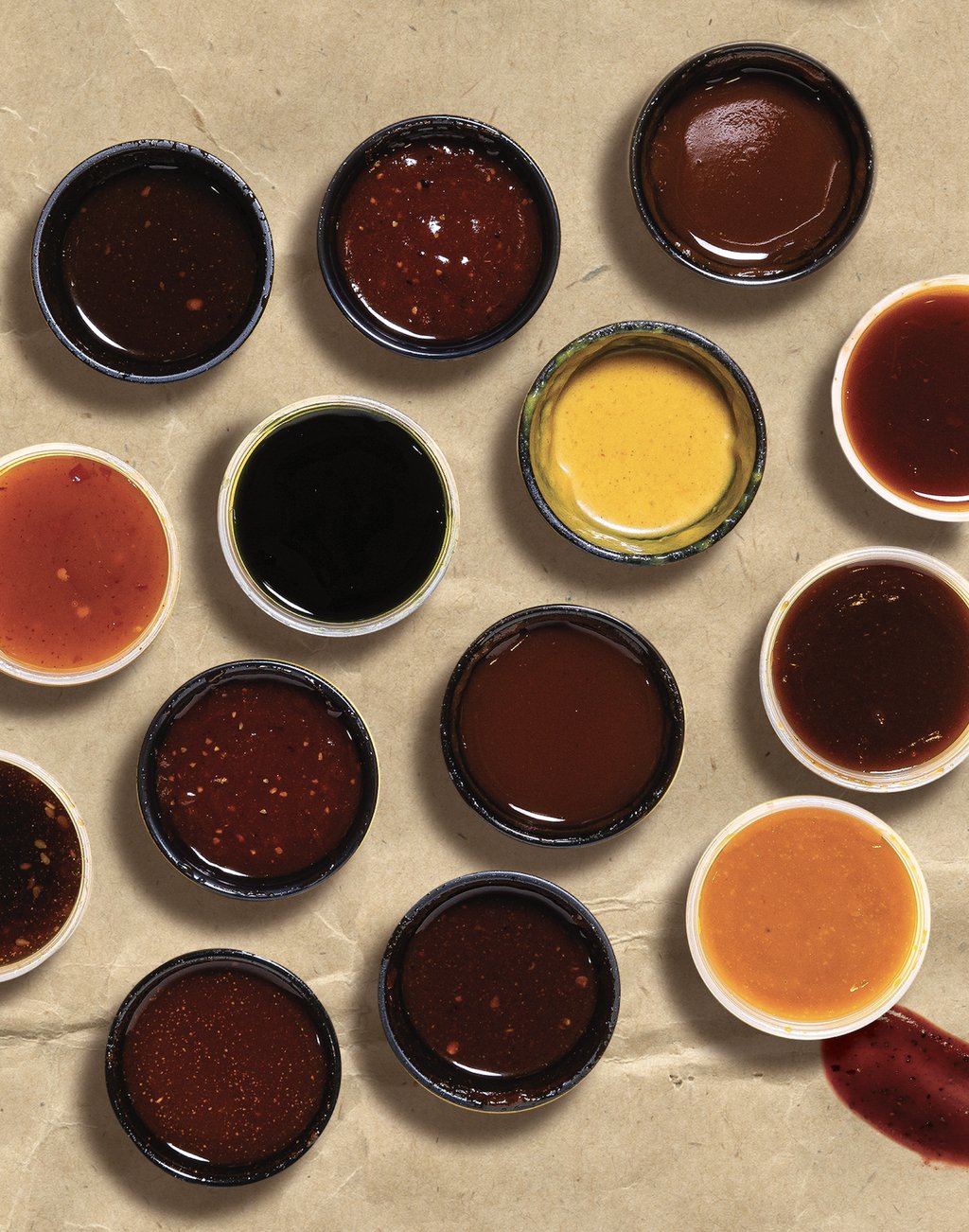 This style favors a dry rub and slowly smoking over hickory. The rub is often a complex mix of spices that the pitmaster keeps close to his or her chest. Some techniques involve “mopping” the meat during the cooking cycle with sauce—usually more of the dry rub mixed with water. The meat can be served as is or “wet,” using a sauce that tends to have a thinner tomato base cut with vinegar.

As a cattle industry state, Texas barbecue mainly focuses on beef, which means brisket is king. The meat is cooked low and slow over post oak, mesquite or hickory. For spice, Texans keep it simple with salt-and-pepper seasonings and not a lot of secret ingredients. Saucing brisket once it’s served is usually frowned upon, but no one in Baton Rouge will judge you if you douse it in a little tomato-based sauce.

Both North and South Carolina follow the same cooking style of brushing meat with a vinegar and spice mixture while smoking. The differences are seen in the sauce: North Carolina favors ketchup-based sauce; South Carolina prefers mustard-based with a little brown sugar and vinegar thrown in.

Rather than smoked, the meat is grilled and then sauced … and then probably sauced some more. What gets slathered on is a tomato-based concoction that tends to be on the sweeter side. When it comes to St. Louis-style ribs, the moniker is more about the method of cutting the ribs into a rectangular-shaped rack before cooking.

A variety of types of meat are fair game in this city known for its meatpacking industry—pork, beef, chicken, turkey and even lamb. It’s all prepared low and slow, usually over hickory. The sauce is distinct for its thick-like-molasses texture and sweet, tangy flavor profile.

While Alabama barbecue joints pull influence from the Carolinas to Texas, the unique difference here is the sauce. It’s a white sauce, to be exact, and it’s made with mayonnaise, vinegar and pepper and slathered on pulled pork or pulled chicken.

While the Bayou State hasn’t really stepped forward with a distinct barbecue calling card, most of the people interviewed for this cover story say brisket is the most popular in Baton Rouge. We also saw pecan show up often as the wood of choice for smoking. As for sauce? The hotter the better.