Mid City’s former Pop Shop Records location is now home to a new arcade bar, where you can sip on a drink while playing among its wide selection of vintage arcade games. Dubbed BR.cade, the newest retro addition to Government Street will host its grand opening this Saturday, March 5.

The arcade bar includes about 30 games from the 1970s to the ’90s. Sounds of classics like Street Fighter, Mario Bros. and Pac-Man ring loudly throughout the room. Tucked away in the back is a corner filled with pinball machines, like Terminator 2: Judgement Day and The Machine: Bride of Pinbot, to name a few.

Hanging chandeliers and bar stools are color coordinated blue and orange. Andy Warhol-esque pop art is displayed on some of the walls, giving an extra splash of bright colors to the room. Many the art pieces—such as one mixed media photograph showing a pixelated Donkey Kong climbing to the top of the Louisiana State Capitol—combine iconic video game characters with iconic Baton Rouge locations. 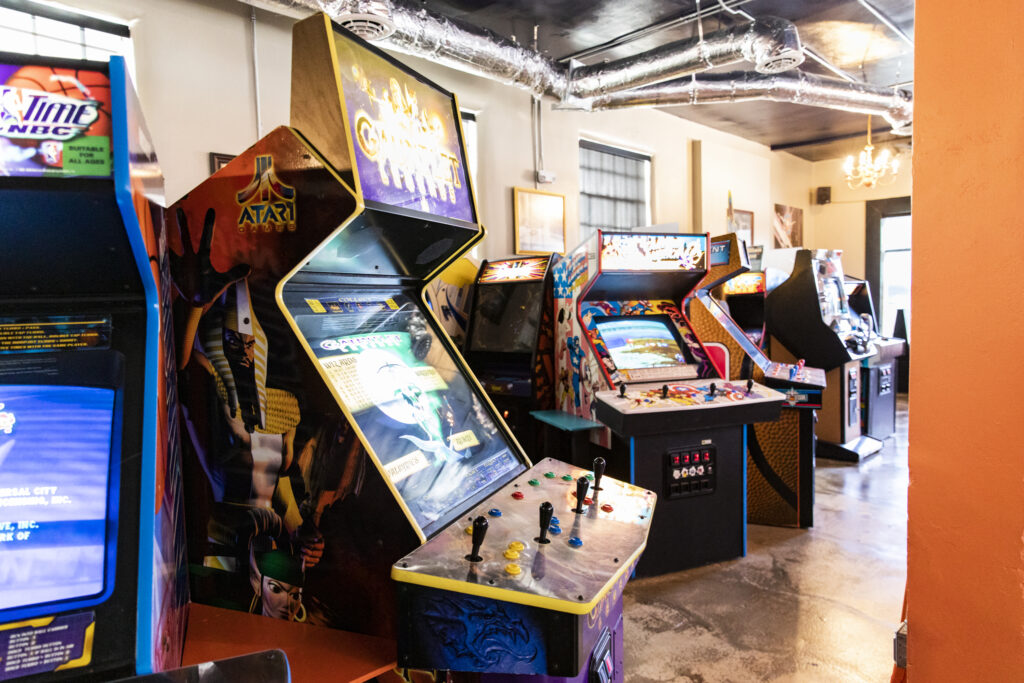 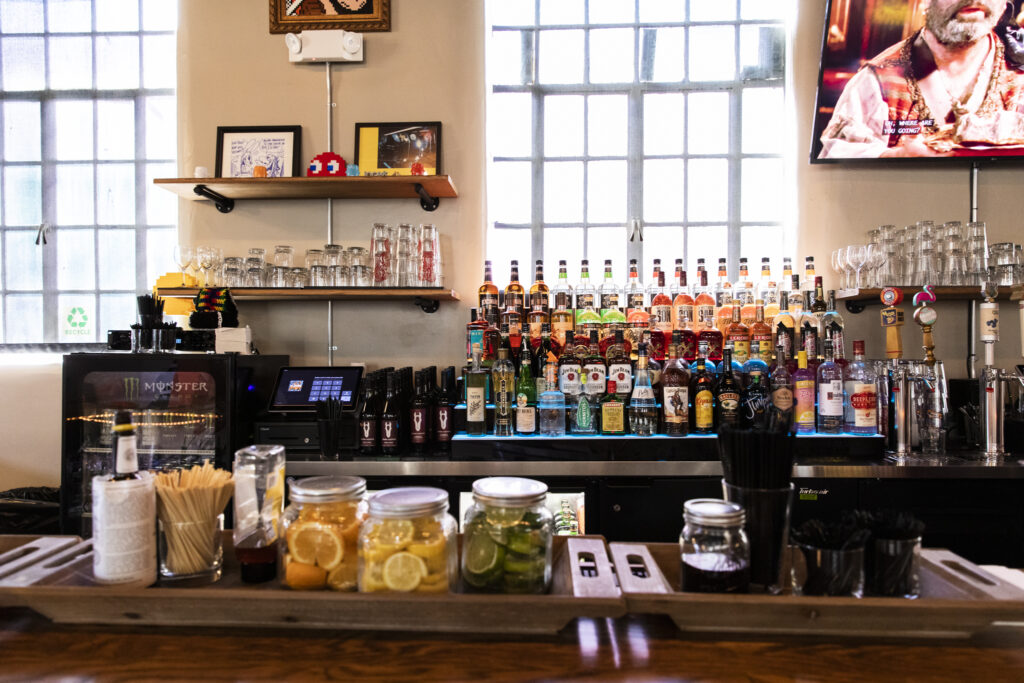 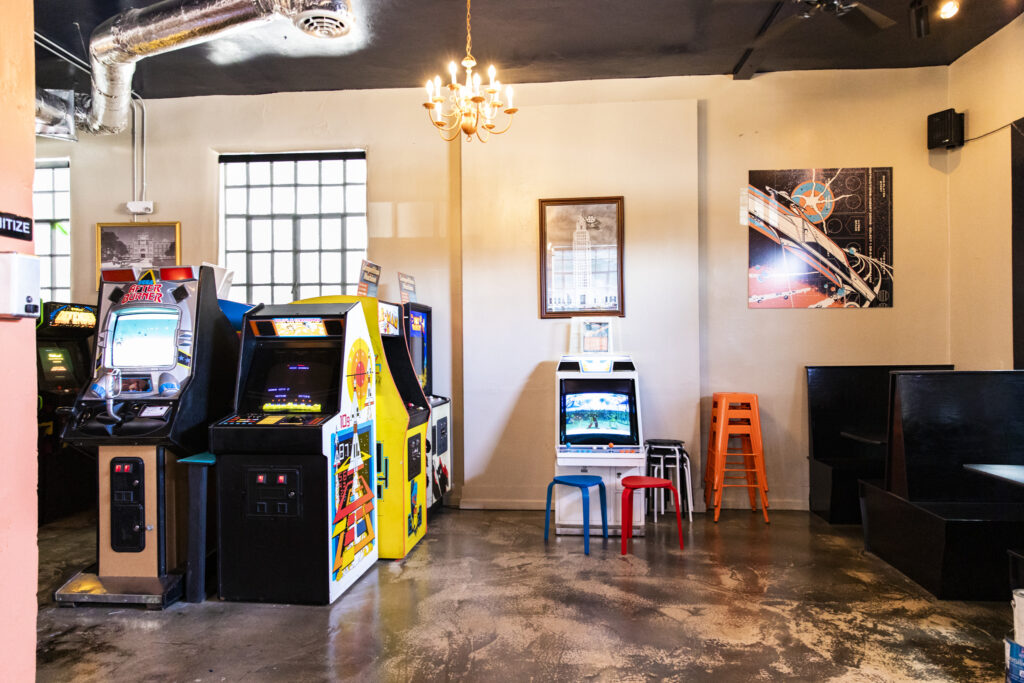 Owners Cave Daughdrill, Casey Wells and Robert Ross have been collecting and restoring vintage arcade games for five years. After setting up video games at a pop-up event at Radio Bar, the owners knew it was time to put their collection to use.

“It ended up being a good test bed to see people’s reaction and response to it as well,” Daughdrill says. “And it was pretty clear then that we needed to do this for real.”

While restoring the machines, the owners made sure to keep each arcade game true to its roots by using the same hardware from its time period. Some of the video games keep the high score saved to the system, which was the only modification included to “promote a healthy competition,” Daughdrill says.

After being given a wristband at the entrance, patrons have the option to sit by the bar, in a booth or play arcade games while enjoying BR.cade’s signature, game-themed drinks, like Puckman, DK Smash and Scorpion.

“We want people that have been in an arcade back in the day to get that nostalgia jolt,” Ross says.