Roughly the size of downtown proper, this neighborhood appears on the verge of revitalization

A swath of Mid City—or is it a swath of downtown?—is slowly developing an identity of its own thanks to several upcoming developments and neighborhood projects.

The latest is an announcement in late January that vintage furniture shop Artvark purchased the long vacant Northside Motor Exchange building on Scenic Highway and Gayosa Street to create showrooms and shared space for artists. Owner Claire Major told Daily Report she sees the area as transitioning and ripe for redevelopment.

Bordered by Interstate 110 to the west and north, 22nd Street to the east and Government Street to the south, the area is essentially Baton Rouge’s warehouse district, sparsely populated with empty old brick buildings, housing and leveled lots. Several non-profits and assistance organizations call it home, such as the Area Alliance for the Homeless, Capital Area Corporate Recycling Council, Big Buddy Program, Baton Rouge Community Radio and O’Brien House.

Surrounded by plenty of activity, the area already has its own neighborhood advocates in the form of the Downtown East Civic Association, which includes Metro Councilwoman Tara Wicker on its board.

Several older buildings have been remodeled for mixed-income apartments and hip, industrial-style private residences. Artvark used façade improvement grants from the Mid City Redevelopment Alliance to get its project started, but entrepreneurs just a few blocks west in the same neighborhood could tap into Downtown Development District resources to renovate properties. A few years ago, the DDD expanded its boundaries, spilling across I-110 up to 15th Street.

With plans for the Government Street road redesign coming along and the East Baton Rouge Redevelopment Authority aiming to gussy up the former Entergy buildings along that corridor, now seems like the time for the emergence of downtown east.

Here, we take a look at some of the bright spots in the neighborhood. 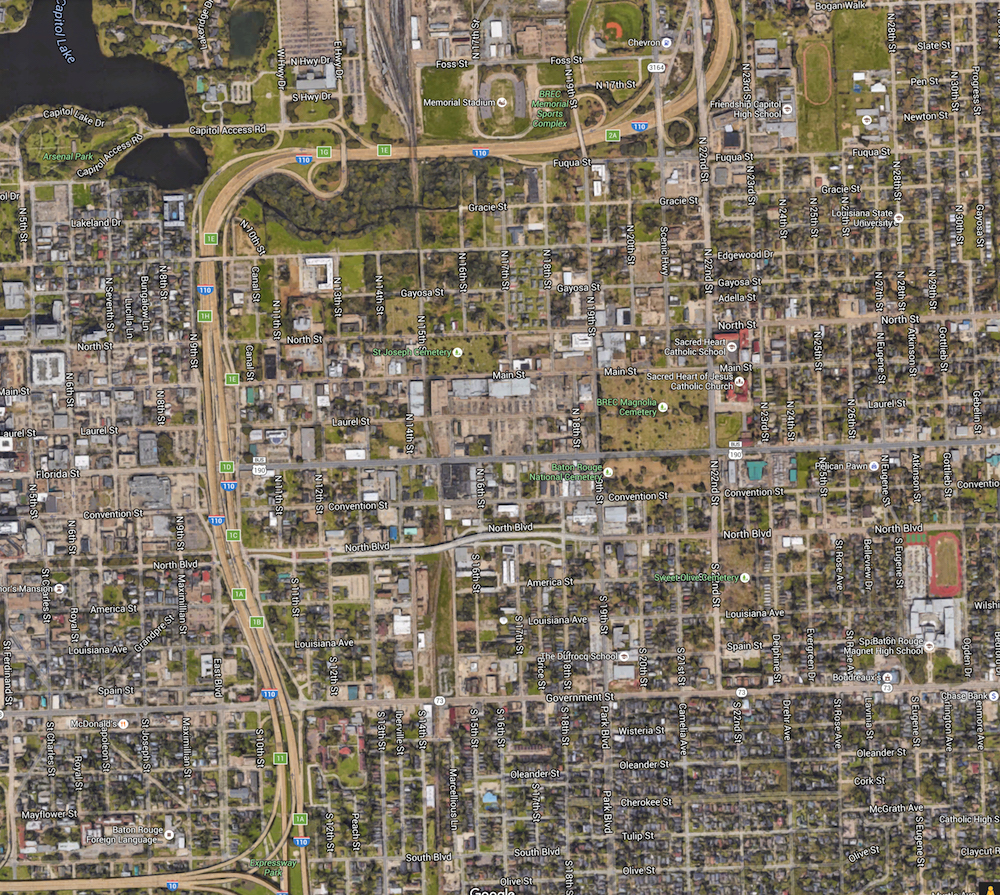