If you’ve been to the Red Stick Farmers Market recently, you may have seen Batch Baking Co.‘s pop-up shop or chatted with its owner, Sarah Gardner. This Nashville transplant has been showing her love for the Capital City through appearances at the market about twice a month—bringing chocolate almond croissants, white chocolate sprinkle cookies or jumbo banana nut muffins in tow.

A quick scroll through her Instagram reveals Gardner’s extensive repertoire, including pavlovas, macarons and deliciously decorated cakes, all available for catering. It had our mouths watering, so we decided to pick Gardner’s brain about her life as a baker and her adventures with Batch Baking Co.

I’m the youngest of three girls, and my oldest sister was tasked with being our babysitter growing up. She had to keep us occupied somehow, and baking was kind of low-energy, high-involvement. She didn’t have to do anything for us to be entertained for a while, and we all got something to eat, which was kind of fun.

What do you love about baking?

Baking is kind of my spa. I was always a math kid, and baking is math and science and chemistry. Cooking is hard. I am not a good cook, I will be the first to say it. I’m a mediocre cook. I cook edible things. But baking starts with science, and it’s an experiment from there. And you get to see what works and what doesn’t, and once you get a recipe that works, it’s dependable. 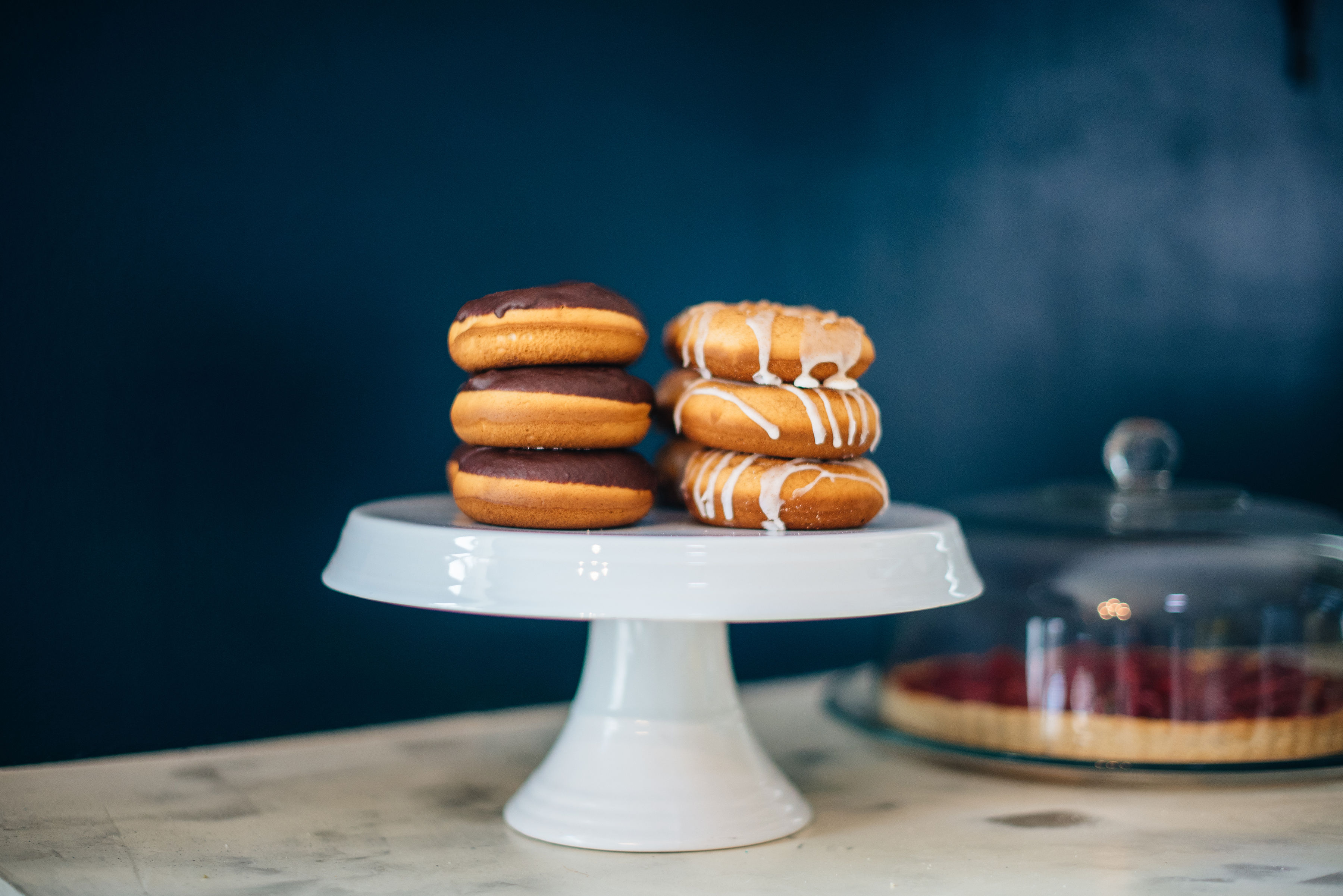 I’m willing to try just about anything. I have been baking for almost 20 years, but only in the past probably five to 10 years, have I really been focused on developing hard technical skills. … Knowing that I’m a startup gives me some flexibility and some freedom to try new things. Some bakeries in town already have their “thing” established. I have a couple of things that I’m good at, but because I’m new, I can get away with trying other things, too.

How do you come up with your own recipes and flavor combinations?

There’s almost no such thing as a brand-new recipe. Almost everything has an origin in another recipe, so usually you start with something standard. And then you add one variable and tweak and adjust. … It’s all really trial and error. You start with an idea, and then you figure it out. Sometimes you have these really happy accidents.

Do you have any advice for someone looking to experiment with flavors in their own kitchen?

At the end of the day, you’ve got to just try it. Use your instincts. Right now I’m working on ginger and orange cinnamon rolls. It’s about starting small. An orange cinnamon roll is common. You can find it in a can. But adding ginger makes it a little spicier and a little bit different. I wouldn’t advise—as you’re working with new flavors—to add six flavors at a time. Try one variable, and then see how that goes and either tweak it or add to it. 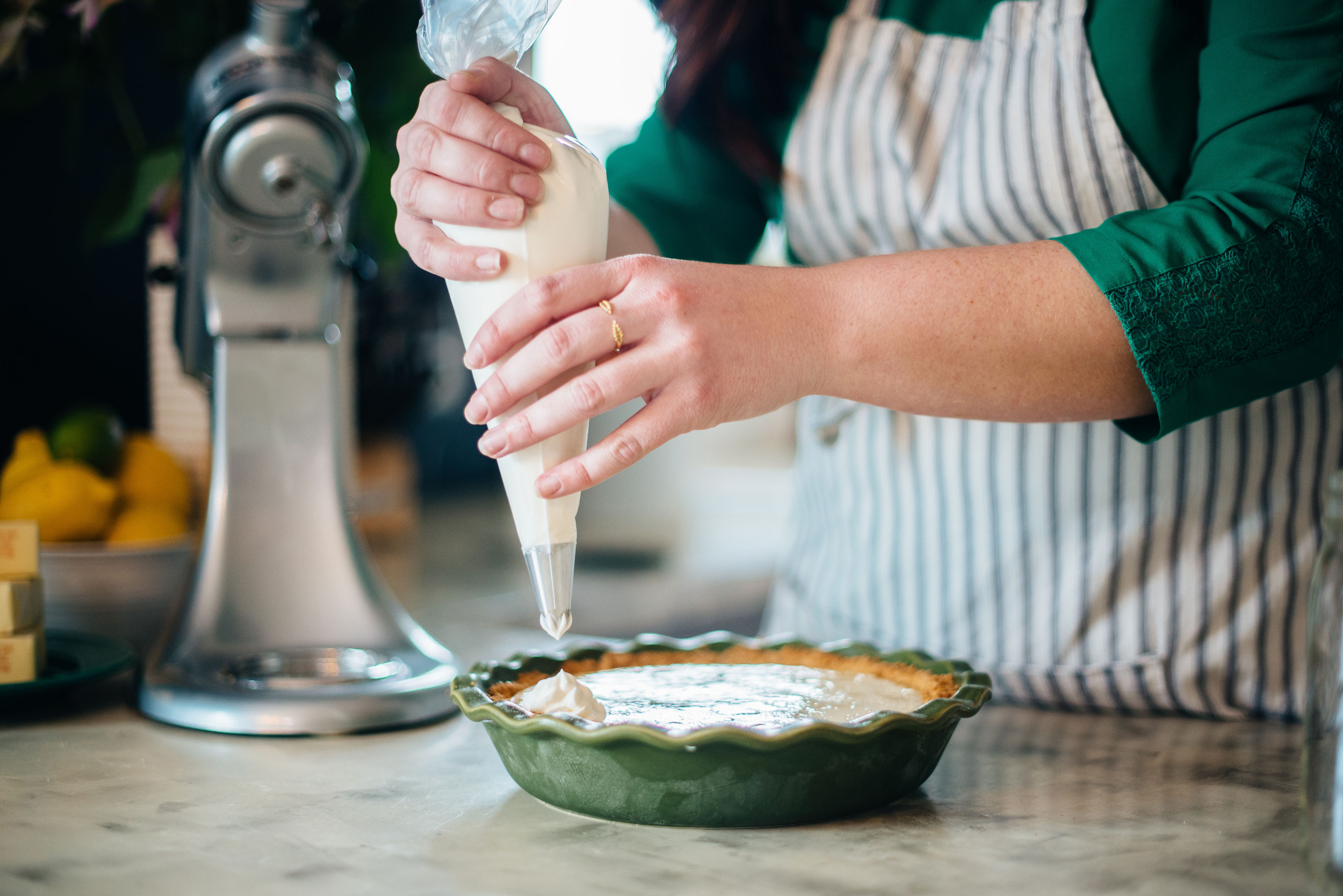 Is there a dessert you feel like you’ve mastered?

My cream cheese praline king cake. The trouble with that is that it’s kind of limited down here. Like if I weren’t in Louisiana, I could probably get away with making it year round, but you know, with Mardi Gras loyalists down here, I want to respect the season.

What is the most technically difficult dessert that you’ve succeeded at baking?

Macarons. True French-style macarons can take up to five days to make with the way you have to age your egg whites and separate your eggs. It’s just a laborious process. … There’s no winging it for macarons, so I’m really proud of having some flavors under my belt.

Is there a dessert that you want to make but haven’t tried yet?

Something I’ve been working on for a while is pastry—true French pastry. I’ve been focusing on croissants a lot lately, which I’m getting much better at. I’m self-taught, which means I’m a child of the internet and all of the YouTube videos that I can get my hands on. But truly going to pastry school would give me an opportunity to specialize in French-style pastry. There are 1,700 different types of icing that you can make, and I make 15. Fifteen icings seems like a lot until you know how many there truly are to make.

What else should readers know about Batch Baking Co.?

Batch Baking Co. is a cottage bakery, so Gardner bakes from her home kitchen. You can find more information on Gardner and her bakery here.

This interview has been edited for clarity and brevity.